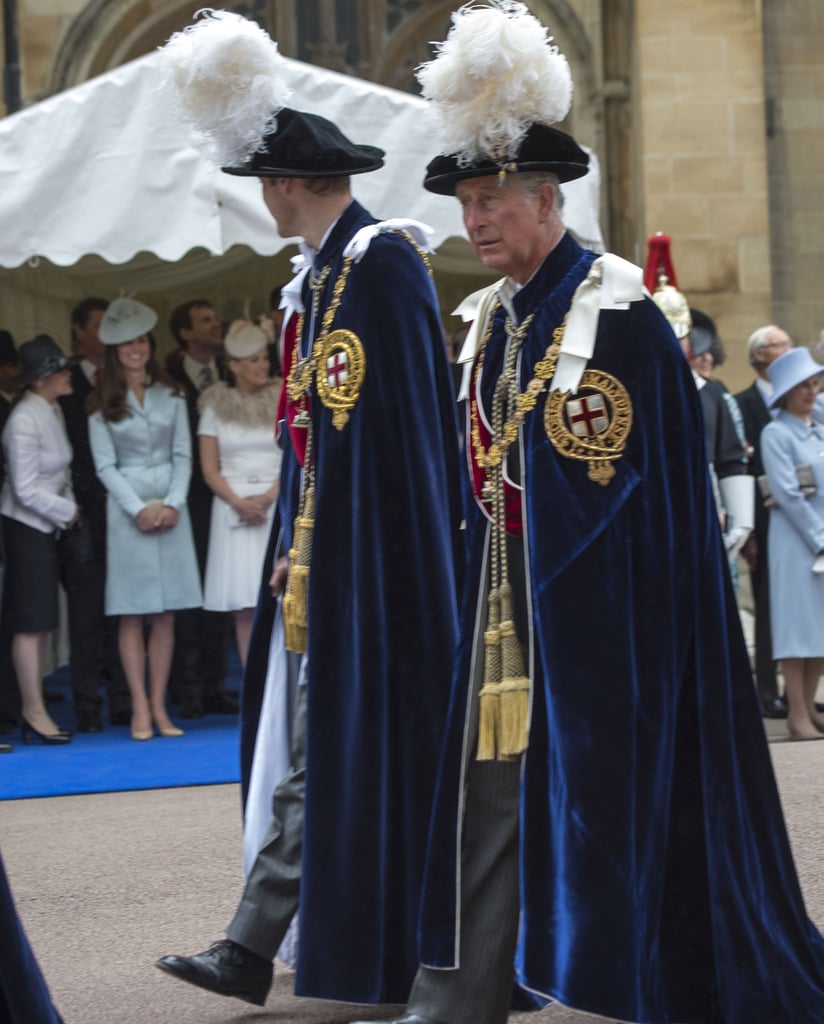 The Duchess of Cambridge made an appearance at the Order of the Garter ceremony at Windsor Castle on Monday. She wore a Christopher Kane coat and Lock & Co. hat while chatting with other members of the royal family in a tent and later rode with Prince Charles and Prince William in their carriage. While Kate Middleton didn't walk in the official Garter procession, she was there to support William, who walked in the parade with his grandmother Queen Elizabeth II and Charles. At one point, William glanced over to Kate, which caused her to smile. The Order of the Garter is one of the monarchy's oldest traditions and was founded by King Edward III in 1348. Being a part of the Order is a big deal, as it is the oldest and most senior rank in the British Order of Chivalry and the highest honor that can be bestowed on a member of the public. The Order cannot consist of more than 24 members, plus the reigning Sovereign and the Prince of Wales. William and his grandfather Prince Philip are members of the Royal Knights section, which doesn't count toward the official Order membership limitations. Traditionally, the knighthood was only given to male members of the aristocracy, but now the Order is given to men and women of varied backgrounds — although they tend to lean heavily on the upper classes.

Kate and William's Garter Service appearance came after the two spent William's first Father's Day with Prince George at a charity polo match. The duke was playing in the match alongside his brother, Prince Harry, and the duchess brought George along to cheer for his dad from the sidelines. On Saturday, the royal couple left George at home to attend the Trooping the Colour ceremony alongside other members of the royal family. The Trooping the Colour marks the official public celebration of the queen's birthday, despite the fact that her real birthday is on April 21.