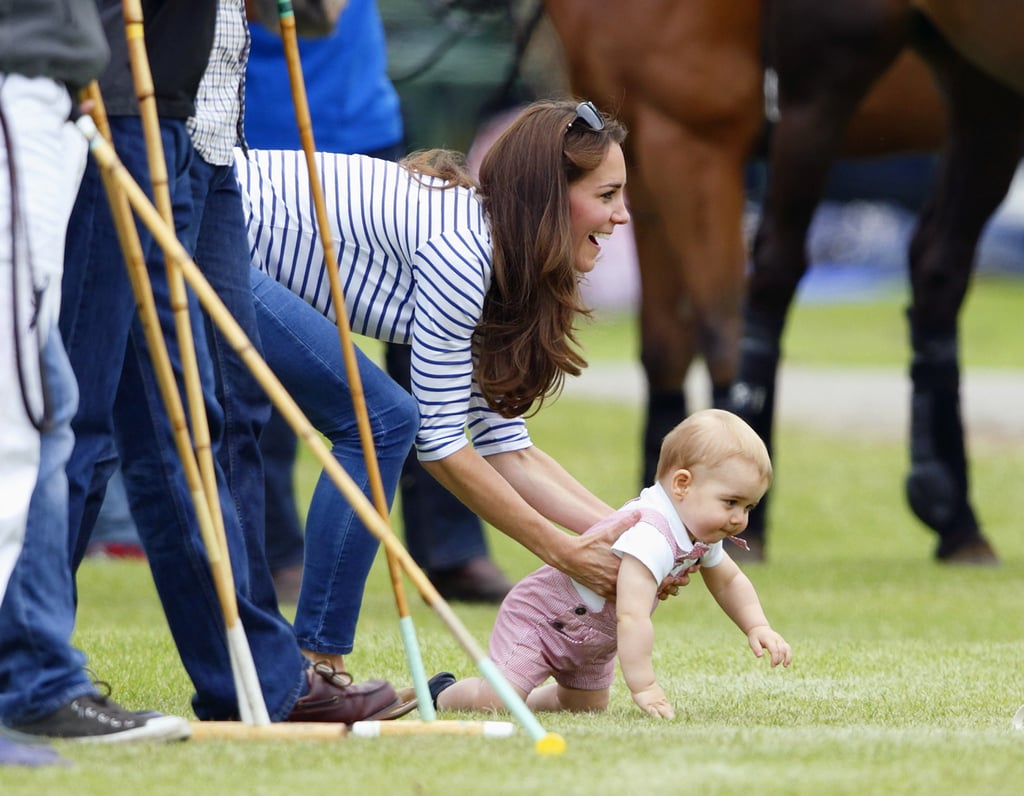 Prince George is not the type of baby to just sit on the sidelines. During a charity polo match in Cirencester, Great Britain, on Sunday, the little guy crawled around and tugged on Kate Middleton's jeans. The mom and son were there to support Prince William, who took part in the game on his first Father's Day as a dad, and Prince Harry, who played on the other team. George seemed to get a little too close to his dad and uncle's field — as he crawled away from his mom, and Kate couldn't help but laugh as she reached down to grab George.

The cute appearance marks the first time we've caught a glimpse of George since the adorable royal family tour in April. Although the trio's public appearance schedule has certainly slowed down since then, this weekend has been busier than usual. On Saturday, Kate, William, and Harry participated in the family's Trooping the Colour tradition. Keep reading to see George and Kate's latest pictures!