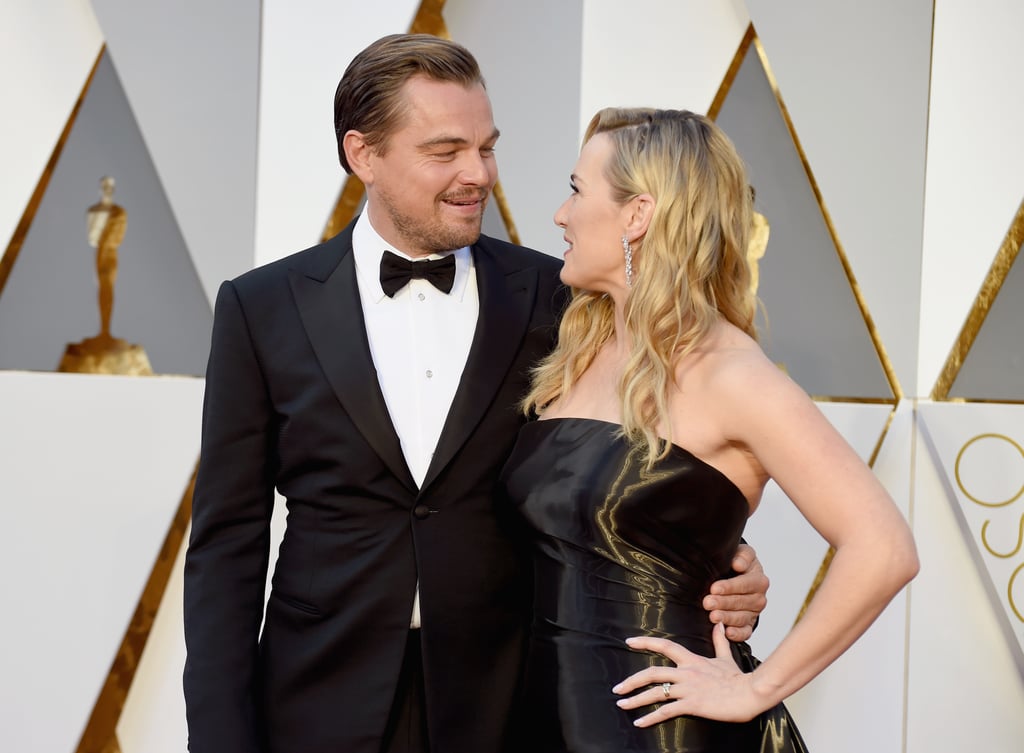 It's been 20 years since Kate Winslet and Leonardo DiCaprio met on the set of Titanic, and while their first onscreen relationship ended tragically, Kate and Leo's love has lived on in the years since. The two stars, who shared the big screen again in 2008's Revolutionary Road, have remained close friends for more than two decades. In that time, they've had nothing but sweet things to say about each other — Leo has called Kate the "best actor of her generation" — and smiley red carpet photo ops! Let's take a look at their amazing friendship through the years.

It all started with Titanic in 1997. Kate and Leo turned 21 and 22, respectively, while making the movie. Their onscreen chemistry was undeniable, which Leo addressed in a 1997 interview with Entertainment Tonight: "She's such a terrific person in general that our chemistry naturally happened on screen. We just like each other as people. As far as doing a love scene, though, we laughed about it a lot."

Related:
These Pictures of Kate and Leo Holding Hands Will Melt Your Iceberg of a Heart
Previous Next Start Slideshow
Kate WinsletLeonardo DiCaprioCelebrity QuotesCelebrity Friendships

Ansel Elgort
Rachel Zegler Speaks on the Ansel Elgort Allegations: "There's Been a Lot of Awakening"
by Kelsey Garcia 3 hours ago