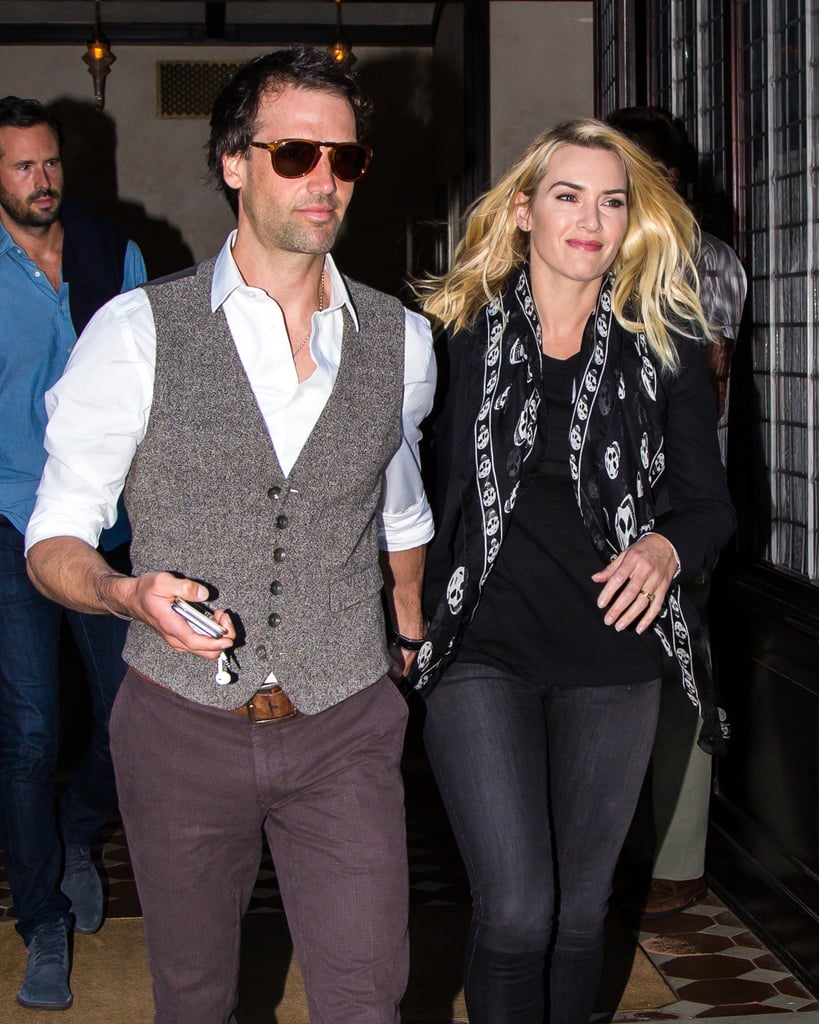 On Tuesday, a day after Kate Winslet marked her 40th birthday, she and her husband, Ned Rocknroll, stepped out in NYC together. Kate held on to Ned's hand as they exited their hotel, but was solo later in the evening when she attended "An Evening With Kate Winslet" during the New York Film Festival. Although Kate's been busy with promotional appearances for the new Steve Jobs movie, we rarely get a glimpse of her and Ned together. The last time we saw the couple at a public event was in June 2014 when they touched down in Paris for the Prix de Diane Longines. Keep reading to see the best snaps from the pair's outing, then check out what Kate recently revealed about her past marriages.