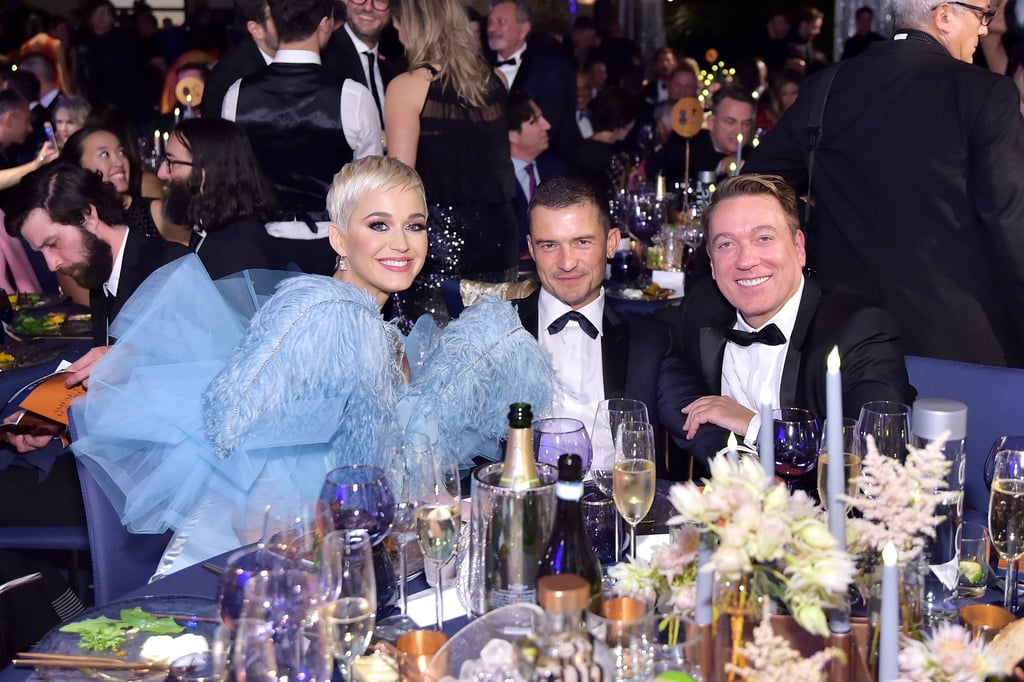 A month after making their red carpet debut as a couple, Orlando Bloom stepped out to support Katy Perry at the amfAR Gala in LA on Thursday night. Katy, who stunned in a beautiful blue feathered gown, was honored for her continued support of The Foundation of AIDS Research. Even though Katy and Orlando didn't walk the red carpet together, they sat together inside and mingled with Katy's pals, including Robert Pattinson and designer Jeremy Scott. The star-studded event also featured appearances from Heidi Klum, Sarah Hyland, Leslie Mann, and Judd Apatow.

Katy and Orlando first met at a children's charity event back in 2013 and have been dating on and off since 2016. According to ET, the couple's relationship has "continued to blossom" in recent months because they've "dedicated themselves" to spending quality time together. "It truly was the best decision they ever made because it reminded them how much they love each other," a source explained. "Keeping their relationship a secret while they worked on their love for one another has completely turned things around for them." See more photos from Katy and Orlando's glamorous night out ahead.