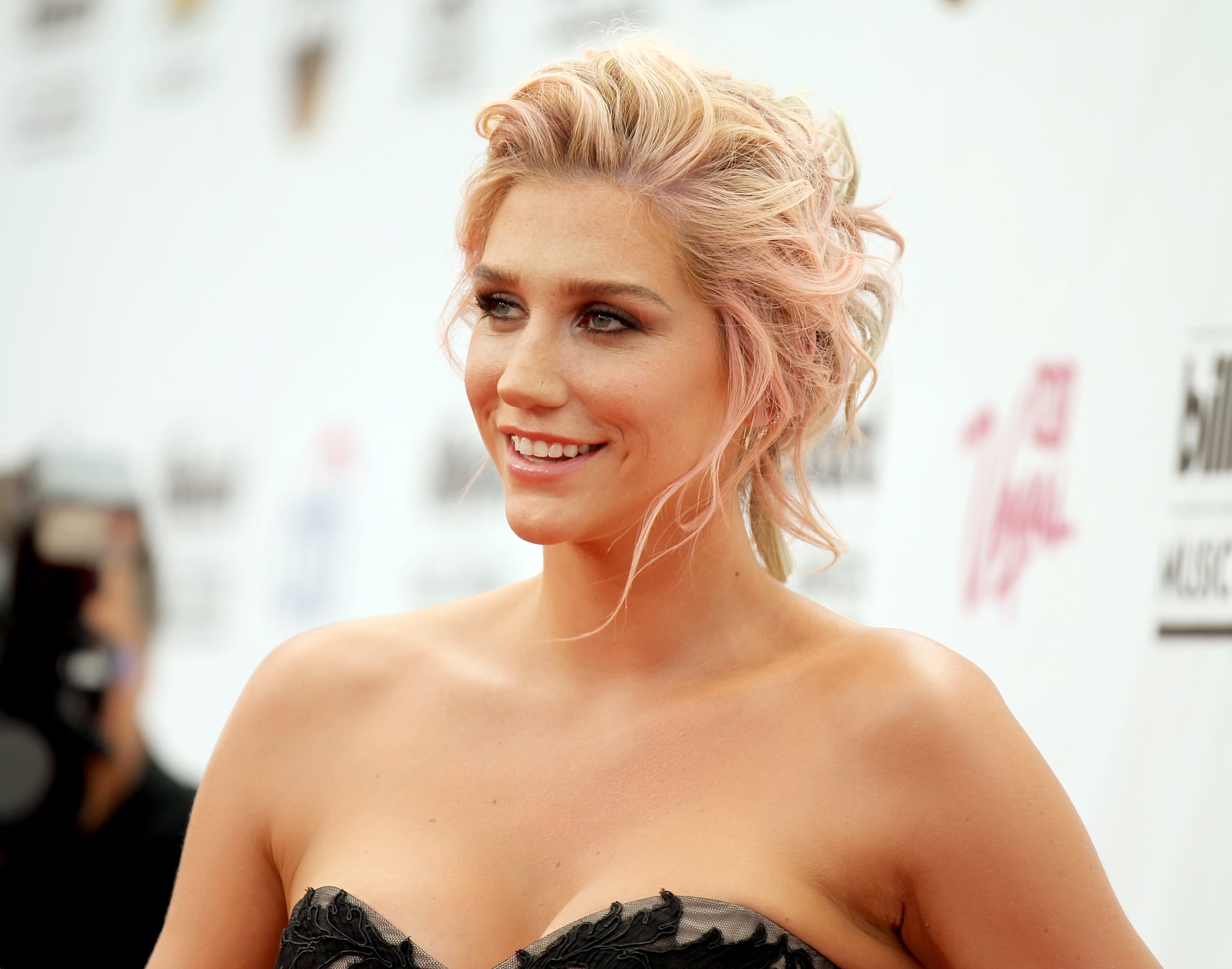 Following the news this week that Kesha is suing her longtime music producer, Dr. Luke, for sexual assault and battery, fans of the singer have been reanalyzing an unreleased track that hit the internet last year and speculating whether or not it could be about her about alleged abuser. The song, called "Dancing With the Devil," never made it onto an album but features many telling lyrics: "You and I made a deal, I was young and sh*t got real," and, "I can't escape my filthy past, I made mistakes, I made 'em last, I know you love to watch me cry." Listen to the song in full below.

TMZ obtained Kesha's lawsuit on Tuesday, which alleges that the famed producer — real name Lukasz Sebastian Gottwald — sexually, physically, verbally, and emotionally abused the singer for 10 years. Kesha claims Luke began abusing her almost immediately after she signed on to work with him at the age of 18, making repeated sexual advances toward her and forcing her to use drugs and alcohol. In one truly unsettling instance, Kesha claims Luke forced her to drink with him and later gave her what he called "sober pills." She contends to waking up the following afternoon, naked in the producer's bed, "sore, sick, and with no memory of how she got there."

Both Kesha and her mother, Pebe Sebert, claim that the alleged abuse by Dr. Luke is what led to Kesha's eating disorder, for which she sought treatment back in January. At the time, the pop star recounted Luke telling her, among other things, "You are not that pretty, you are not that talented, you are just lucky to have me." TMZ also reported that he called her "a fat f*cking refrigerator," and Pebe told People that "[Luke] has just always been very disrespectful about her weight. He'd say it in certain ways, like 'Why don't you try running?' She was doing everything and not getting thin fast enough, and that's when she first became bulimic." Pebe heartbreakingly told the magazine, "I've watched my beautiful, self-confident, brilliant daughter be berated and ridiculed for her looks and weight to the point that she almost died."

Kesha is asking an LA judge to let her out of her contract with Luke; her lawyer, Mark Geragos, tells TMZ, "This lawsuit is a wholehearted effort by Kesha to regain control of her music career and her personal freedom after suffering for ten years as a victim of mental manipulation, emotional abuse and an instance of sexual assault at the hands of Dr. Luke." He added, "The facts presented in our lawsuit paint a picture of a man who is controlling and willing to commit horrible acts of abuse in an attempt to intimidate an impressionable, talented, young female artist into submission for his personal gain. Kesha is focused on moving her life and her career beyond this terrible time."

Hours after Kesha filed her lawsuit, Dr. Luke responded with his own, claiming that Kesha is extorting him and that the "pack of lies" is being engineered by Kesha's mother, Pebe, and her new management firm. His lawyer called the original claims "a campaign of publishing outrageous and untrue statements." In a statement to POPSUGAR, Kesha's lawyer said of Luke's countersuit, "This is just another pathetic and entirely predictable example of Dr. Luke's continued abuse, and a misguided attempt to keep Kesha under his tyrannical control. This lawsuit has absolutely no basis in fact, the law or reality. Kesha is focused on reclaiming her voice and her freedom. She is determined to move on with her life and her career by putting this dark period behind her."