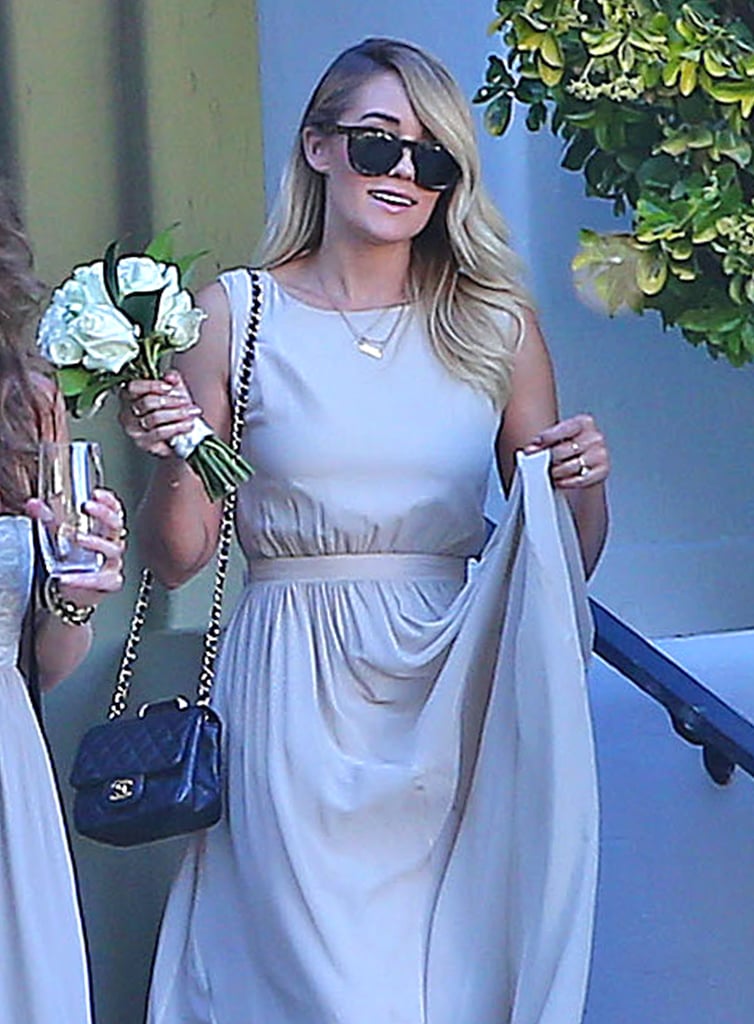 Lauren Conrad and Lo Bosworth Team Up as Bridesmaids!

As Lauren Conrad's wedding date approaches, the former reality star got a chance to practice her walk down the aisle. On Saturday, Lauren and her former Laguna Beach and The Hills costar Lo Bosworth were bridesmaids at their girlfriend Maura McManus's wedding to fiancé David Oehm. The ladies donned flowing cream gowns to support the couple before they said "I do" at the lush Ojai Valley Inn in Ojai, CA. When Lauren and Lo weren't fulfilling their bridesmaids duties, the girlfriends captured special moments with friends and shared the pictures on Instagram. One wedding guest noticeably absent from their posts: Lauren's former reality-show crush, Stephen Colletti, who hung out with a pal at the ceremony.

It's been a couple months since Lauren prepared for her impending nuptials with fiancé William Tell during her sun-filled bachelorette weekend with Lo and her other BFFs in Mexico. Although the ladies have clearly moved on from their hit MTV reality shows, this Fall marks a milestone for the group: believe it or not, it's the 10th anniversary of Laguna Beach. If the wedding and anniversary excitement has you feeling nostalgic, find out what the former castmates have been up to and which friendships survived the drama. Keep reading to see Lauren, Lo, and Stephen's latest snaps!

Celebrity Couples
Matt Damon Is Ready For a Ben Affleck and Jennifer Lopez Reunion: "I Hope It's True"
by Grayson Gilcrease 4 hours ago