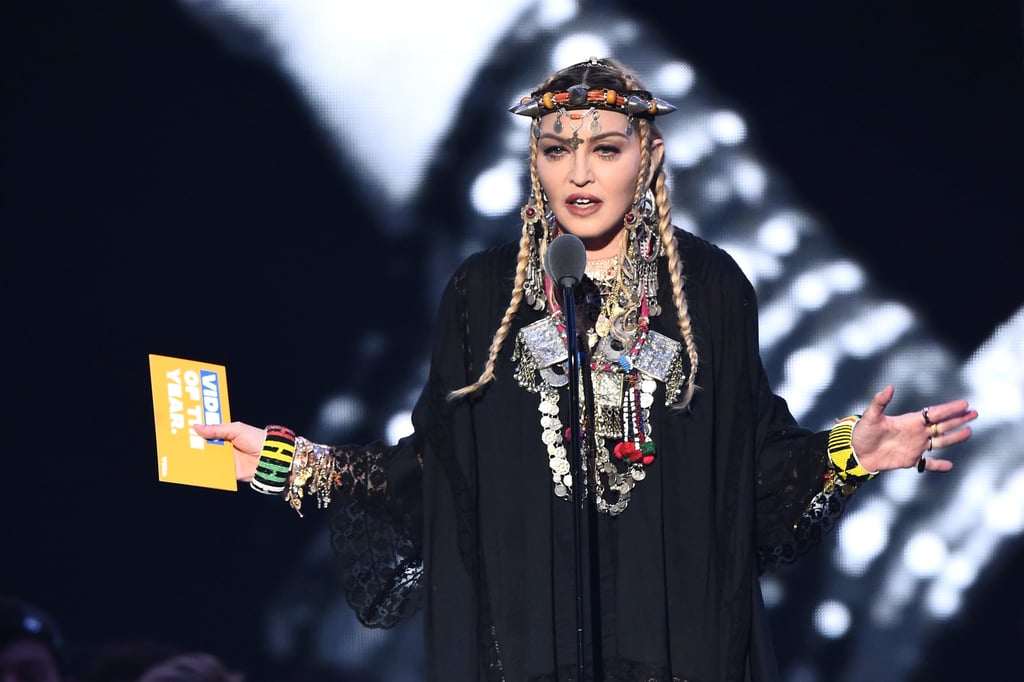 Pretty Much Everyone Is Confused by Madonna's Aretha Franklin Tribute

Original Story: During Monday night's VMAs, we all rightfully expected a tribute to the late, great Aretha Franklin, who just passed away earlier in August. MTV could have gone many routes with this tribute. It could have had today's most soulful singers perform the legend's most popular songs. It could have invited industry friends and peers to tell their stories about the queen! It could have even just stitched together a five-minute video showing off some of Aretha's best moments. Instead, it invited Madonna up on stage to do the honor.

Sure, Madonna's an icon who's been in the business for decades. Hey, I thought, maybe she'll tell an incredible and touching story about the first time she met Aretha! Reader, that did not happen. Instead, Madonna told a long-winded story about her trials and tribulations in the industry. She did mention the time she auditioned for something with an Aretha song, and . . . that's about the only way the story relates back to the icon. The moral of the story seemed to be this: that Madonna wouldn't have gotten her big break if she hadn't sung "Natural Woman," an iconic Aretha song, that one time.

Understandably, everyone's pretty upset. Review some choice reactions that might capture how you're feeling.

Gordon Ramsay
Gordon Ramsay's Daughter Tilly Played a Messy Prank on Him, and He Took It Surprisingly Well?!
by Murphy Moroney 4 weeks ago