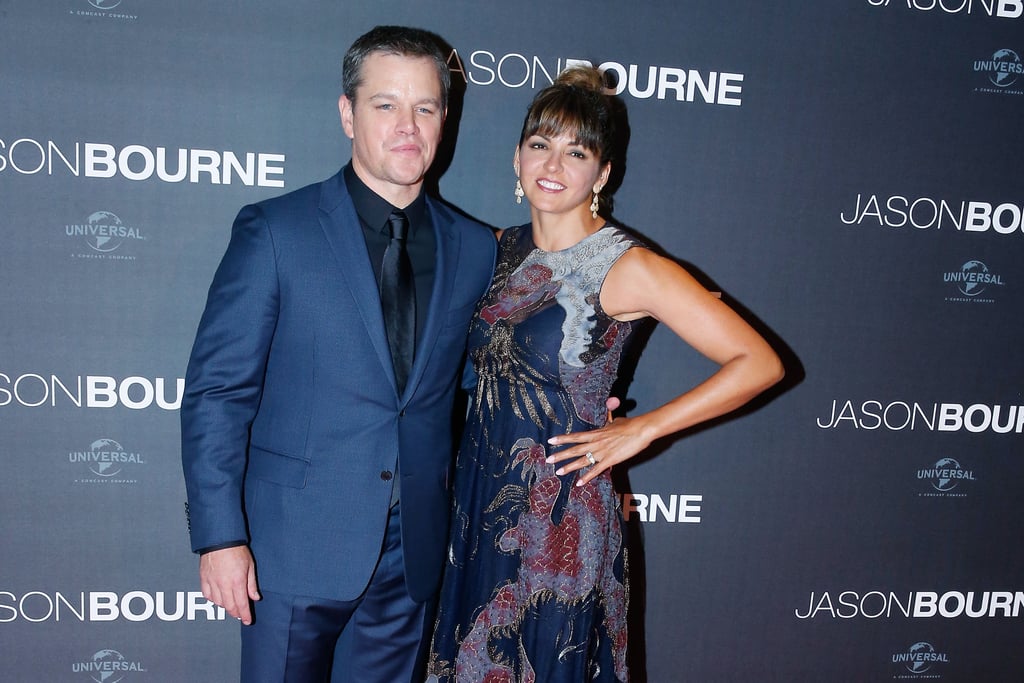 Matt Damon is currently promoting the fifth installment of the Bourne franchise, and his latest stop landed him in France at the Paris premiere of Jason Bourne on Tuesday. The actor, who was dressed to the nines in a blue suit, arrived with his gorgeous wife Luciana Barroso by his side, and later met up with the the film's cast and director Paul Greengrass. Just a day ago, Matt was unsurprisingly surrounded by a handful of beautiful women at the UK premiere of the movie. As we await the film's release on July 29, get excited for it by checking out the full trailer, plus all the teasers.