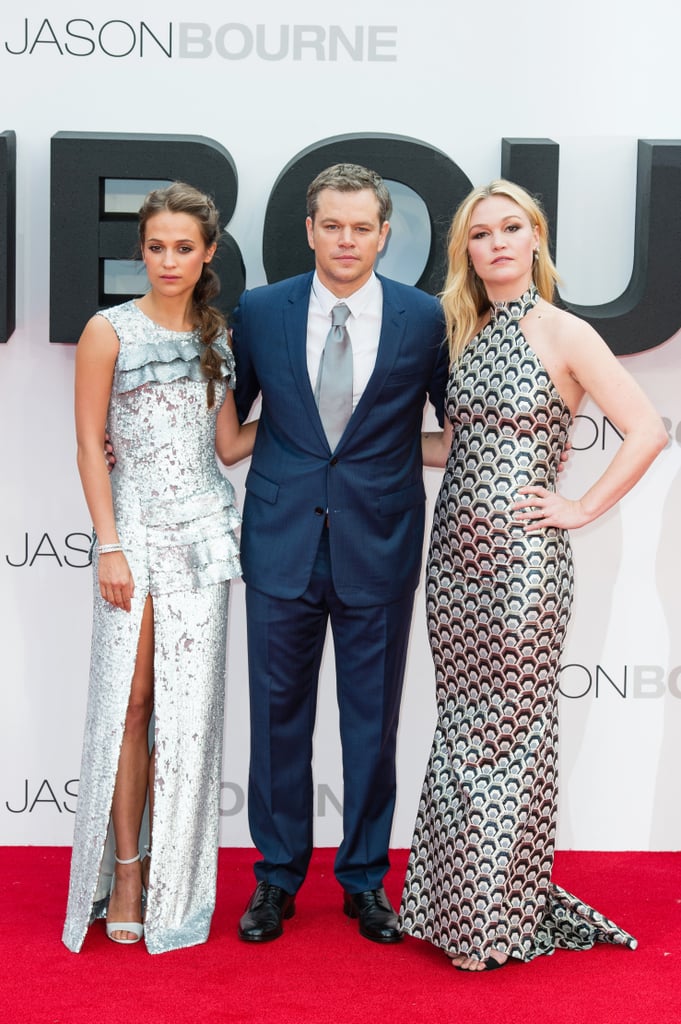 Matt Damon was unsurprisingly surrounded by a handful of beautiful women at the UK premiere of his latest film, Jason Bourne, in London on Monday. The actor — who began promoting the fifth installment of the Bourne franchise last month — was accompanied by wife Luciana Barroso and his leading ladies, Julia Stiles and Alicia Vikander. While the film doesn't hit theaters until July 29, several teasers as well as a trailer have already been released in anticipation of the movie's debut. Just last week, Matt and Alicia touched down in South Korea, where they attended a photo call and press conference for the film. Read on for more photos, then prepare to laugh as you watch this hilarious video of Matt pranking some fans.