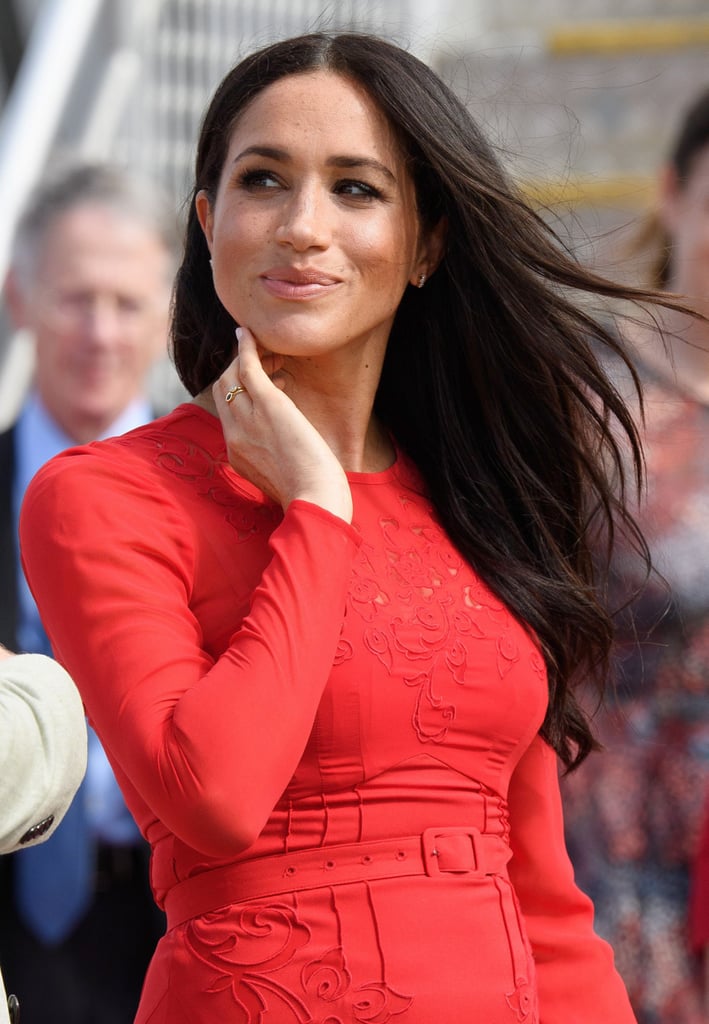 October: Meghan is the ultimate lady in red as she and Harry arrive in Tonga.

Has anyone had a bigger year than Meghan Markle? OK, maybe Beyoncé. But still — Meghan has already had one hell of a whirlwind 2018. Not only did she officially become a member of the British royal family, but she's also embarked on her first royal tour and is expecting her first child with Prince Harry — oh, and she officially stole our hearts, too.

We've loved getting to see how Meghan has adapted to her new life as the Duchess of Sussex, whether she's mingling with her new relatives at high-profile events or visiting schoolchildren during official appearances. Her charitable spirit and feminist ideals are sure to add an exciting and fresh energy to the monarchy.

Related:
13 Times Meghan Markle Showed Us All That Prince Harry Is One Lucky Man

Since getting engaged to Prince Harry in 2017, Meghan has already hit a handful of major milestones. In 2018 alone, she's made her first official appearance with the royal family, gotten married, and even had a solo overnight outing with the queen! Not to mention her capturing the spotlight during a royal tour of Australia and New Zealand, taking on her first charitable project, and becoming pregnant with a tiny heir. Talk about goals.