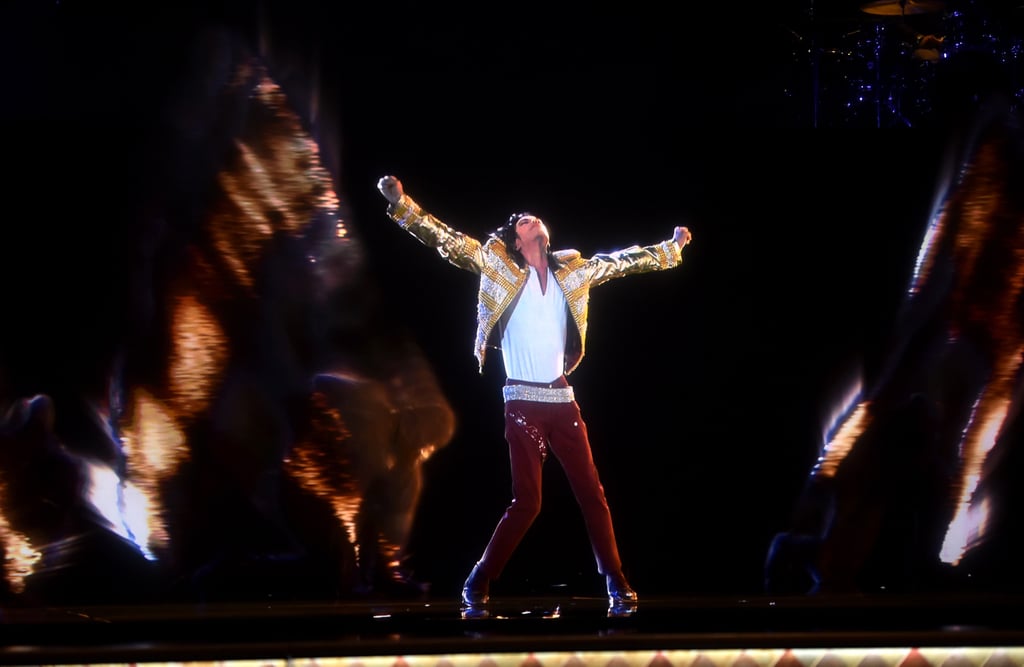 We were promised a Michael Jackson world premiere experience at the Billboard Music Awards, and boy, did we get it. A hologram of the late King of Pop took center stage to debut the song "Slave to the Rhythm" on a set that was modeled on the artwork for the album Dangerous, and the performance solicited some awesome reactions from the audience. Most attendees seemed stunned, while a few were moved to tears, and understandably so; the hologram had a pretty spot-on resemblance to Michael, even busting out most of his signature moves. What did you think of the performance?

Michael's second posthumous album, Xscape, was released last week, and the first single, "Love Never Felt So Good" with Justin Timberlake, is already climbing the charts. The accompanying video also pays tribute to the late star, and the Billboard Awards performance only adds to the current nostalgia we've been feeling for Michael's music and moves. Click through to see all the photos and video from the Billboard Music Awards tribute.