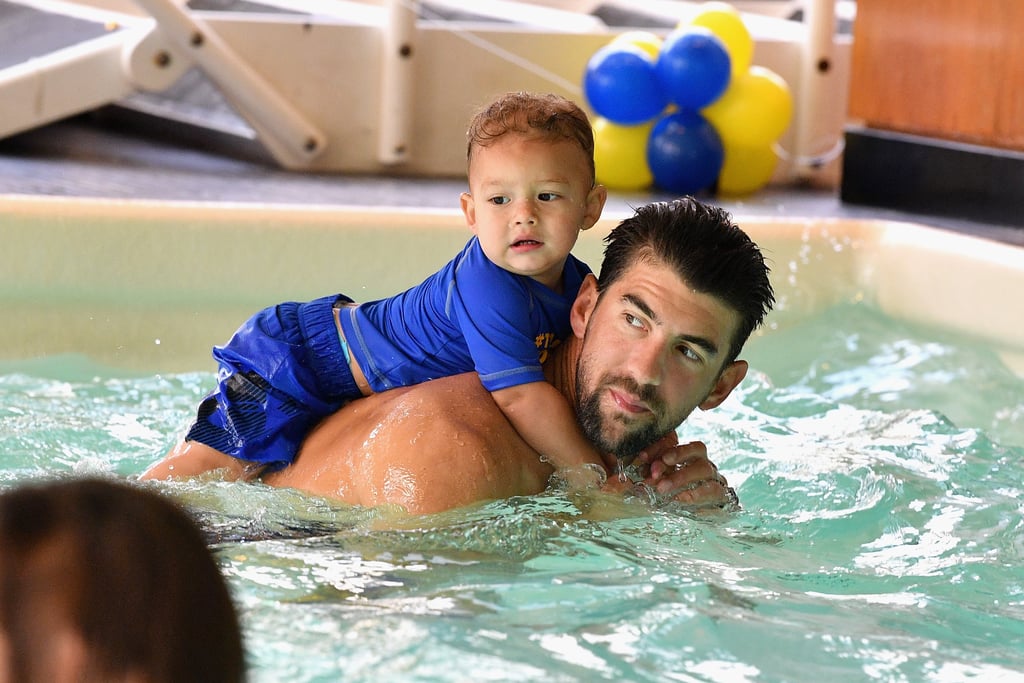 Michael Phelps is passing on his incredible talents in a big way. On Monday, the Olympic gold medalist hosted the Huggies Little Swimmers Swim Class on behalf of his Phelps Foundation and was naturally joined by his wife, Nicole Johnson, and their 1-year-old son, Boomer. The trio waded in the pool with a handful of other parents and babies, and the cameras caught some truly precious moments between Michael and his little boy, who rode on his dad's shoulders through the water.

In an interview with POPSUGAR in June, Michael said of Boomer, "I like to be able to chill with him and just relax," and when asked about the potential of Boomer becoming an athlete, he replied, "I went through ups and downs in the pool when I loved it and when I hated it, so if he wants to be an athlete of some sort, great. If he doesn't, OK," adding, "The more you push a kid, in my opinion, they go the other direction, so I won't push him to do that." Judging by these photos, it looks like Boomer is totally fine with cruising on his dad's back for now.

Related:
15 Reasons It Should Be Illegal For Michael Phelps to Wear a Shirt
Previous Next Start Slideshow
Michael PhelpsCelebrity CouplesNicole JohnsonCelebrity Kids