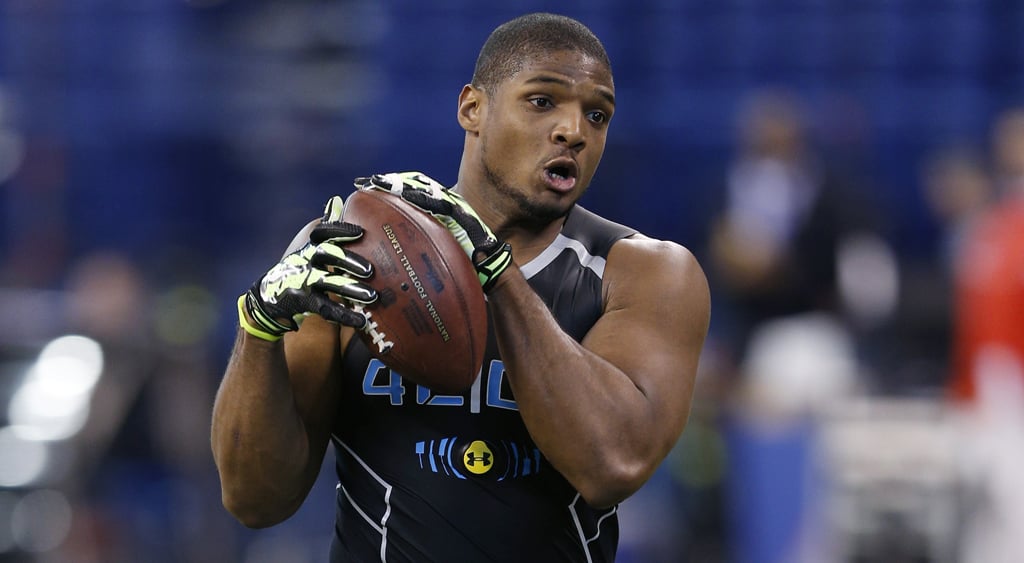 Michael Sam on Saturday became the first-ever openly gay football player to be drafted into the NFL. Cameras were filming Michael when he got a phone call from St. Louis Rams coach Jeff Fisher, who told the Missouri defensive end that the team chose him when the time came for the 249th draft. Surrounded by his friends, family, and boyfriend, Michael let out tears of joy as the news started to sink in. "In a world of diversity we live in, I am honored to be a part of this," Jeff told ESPN. The coach also sang Michael's praises during an interview with the NFL Network, saying, "We drafted a good football player."

Thank you to the St. Louis Rams and the whole city of St. Louis. I'm using every once of this to achieve greatness!! pic.twitter.com/QESdOJVzsw

The six-foot-two all-American traded tears for a big smile before donning a Rams hat in a photo he shared on Twitter, writing, "Thank you to the St. Louis Rams and the whole city of St. Louis. I'm using every [ounce] of this to achieve greatness!!" The draft caps off a whirlwind experience for Michael since he came out to the world in February. "It's a big deal," he said at the time. "No one has done this before. And it's kind of a nervous process, but I know what I want to be . . . I want to be a football player in the NFL." Watch the video below to see Michael discover that his dream has become a reality!