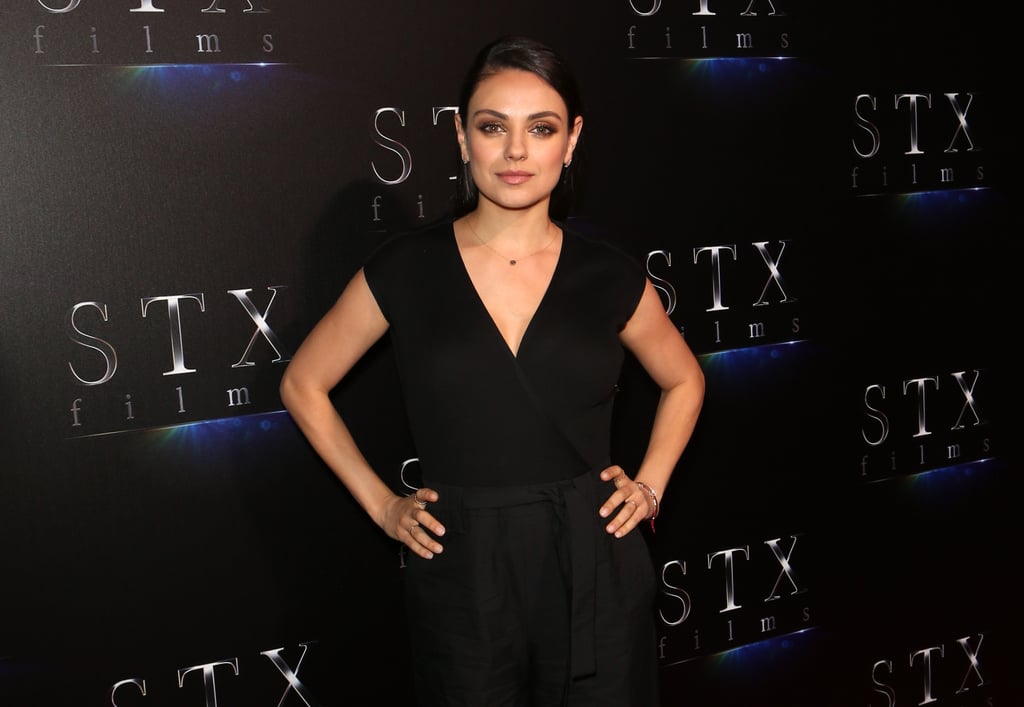 Mila Kunis was practically glowing when she attended CinemaCon in Las Vegas on Tuesday. The actress — who welcomed son Dimitri with husband Ashton Kutcher in November — stunned in a black Brunello Cucinelli jumpsuit and struck her best poses as she made her way down the red carpet. While at the event, Mila spoke to People about what it was like adding a baby boy to her family (she is also mom to 2-year-old daughter Wyatt), saying, "It's different, there's two. He's also 3 months old and you forget what sleepless nights are like. I remember guys, talk to me."

Mila is also gearing up to film the highly anticipated Bad Moms sequel, which she admitted is "so strange." "I feel like people are so appreciative of the voice that it gave not just women or mothers. Even men come up to me and say, 'This movie is so great. I finally understand my mom and my wife so much more.' People really responded to it because it's honest. Yes, it's very funny and it's very over the top, but it's grounded in so much honesty," she said. Mila and Ashton tied the knot back in July 2015, and the last time the actress hit a red carpet was at a Bad Moms screening in July 2016, though we did catch her at an LA Dodgers game in October 2016.

Viola Davis
Viola Davis on the Challenges of Being a Black Actress: "There's Not Enough Opportunities"
by Grayson Gilcrease 14 hours ago 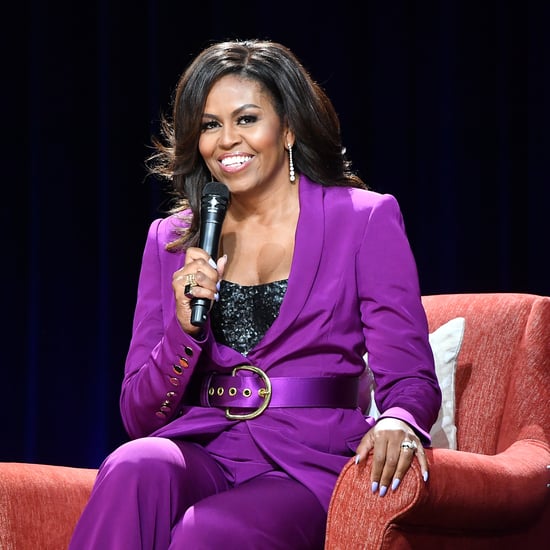 Michelle Obama
Michelle Obama on the Importance of Girls' Education: “We Can't Let These Girls Be Forgotten"
by Grayson Gilcrease 19 hours ago

Anna Camp
Anna Camp on Filming Desperados, What She's Currently Binge-Watching on Netflix, and More
by Kelsie Gibson 2 days ago