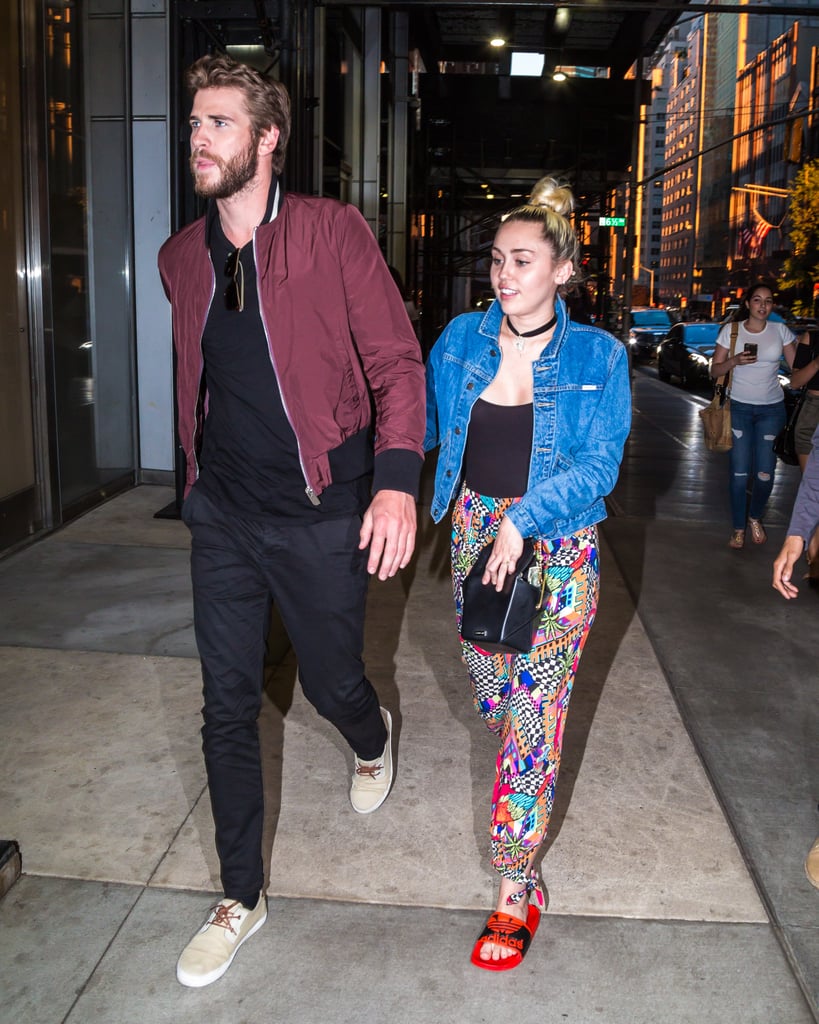 Miley Cyrus and Liam Hemsworth Hold Hands While Out in NYC

Miley Cyrus and Liam Hemsworth stepped out for a fun night on the town on Tuesday evening, and they had two very special guests with them: pals Bethenny Frankel and her new boyfriend, Dennis Shields. The foursome was seen making their way out of a building in NYC, where they reportedly grabbed drinks. While it's been a little over a month since we last saw Miley and Liam out together, the Australian actor recently opened up about his rekindled romance with the "Wrecking Ball" singer, telling GQ magazine that their 2013 split was "actually a good decision at the time" despite it being "hard" because "we were both going in different directions and it's just what needed to happen. We were both super young . . . we both needed that."

Liam has also been busy promoting his latest film, Independence Day: Resurgence, which hits theaters on June 24. Keep reading for more of the couple's double date now, then find out what Miley's dad had to say about the pair's engagement.