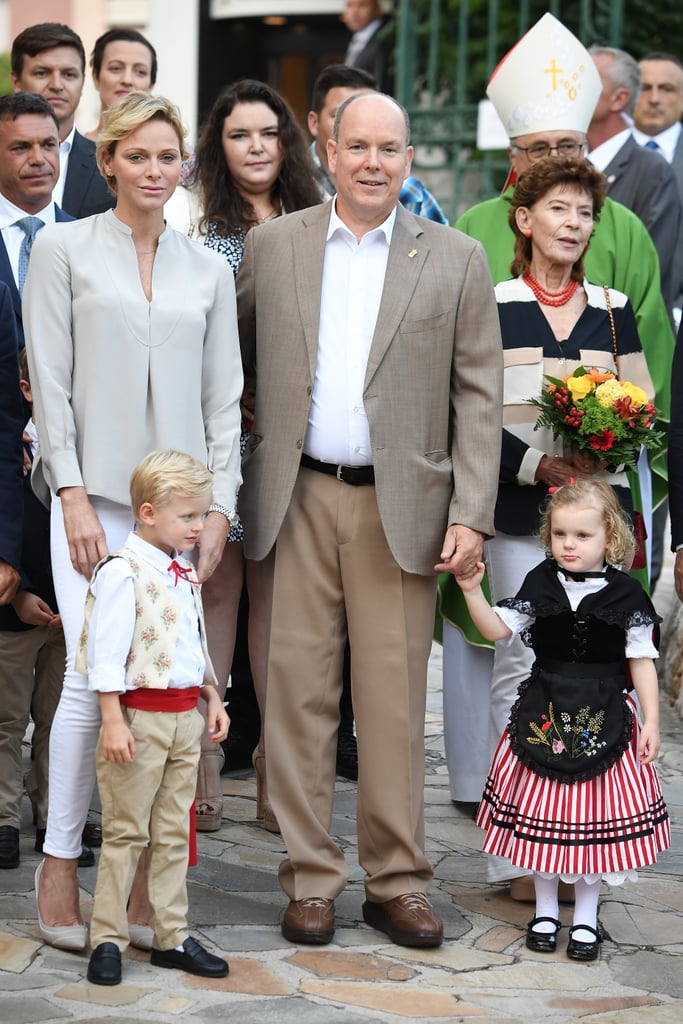 It's always a little sad saying goodbye to Summer, but the Monaco royal family's latest appearance should help ease the pain. On Friday, Prince Albert II and Princess Charlene bid farewell to the season with their annual end-of-Summer picnic in Monaco. The royals brought along their 3-year-old twins, Prince Jacques and Princess Gabriella, who looked adorable in their traditional costumes. "[It] was a very, very, very beautiful evening," a guest told People. "The children clearly enjoyed themselves with their cousins around them, and the music and food."

The festivities marked the family's first public appearance since returning from their trip to Tahiti in August. It was the brood's first long-distance vacation, and Gabriella reportedly learned some dance moves from Lady Gaga, who was also vacationing on the island at the time. What a lucky little girl!