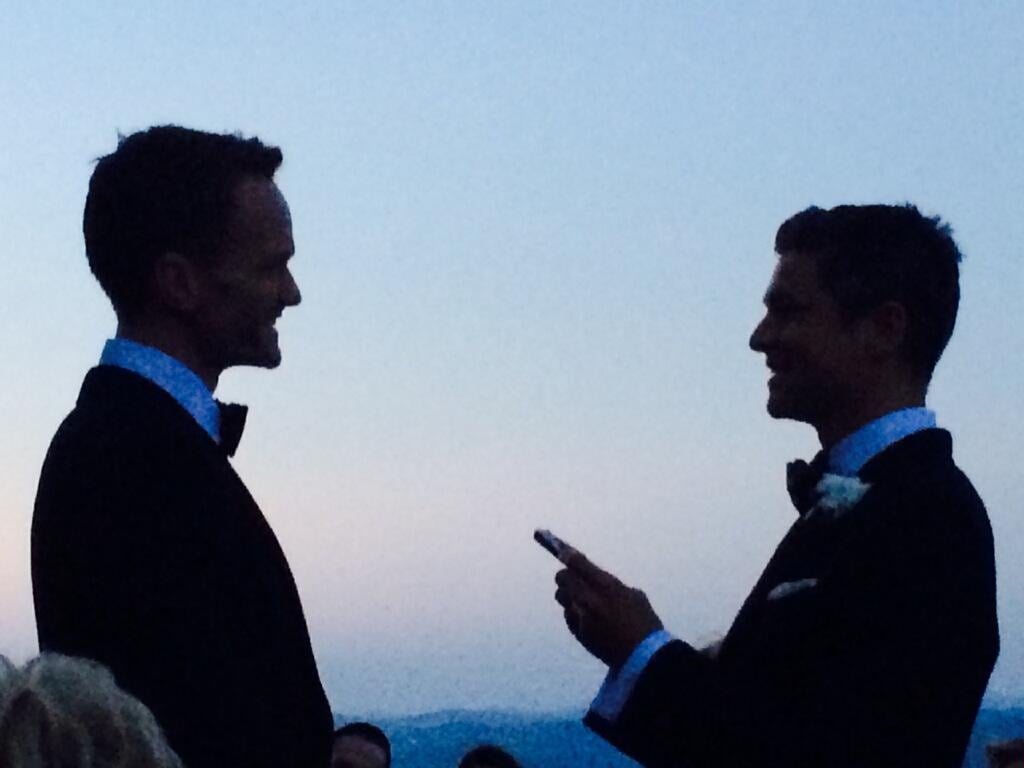 Neil Patrick Harris and David Burtka are officially married! Neil broke the news on Twitter on Monday, posting a sweet photo from the couple's wedding in Italy. He wrote: "Guess what? David Burtka and I got married over the weekend. In Italy. Yup, we put the 'n' and 'd' in husband." The couple has been engaged for nearly eight years, although the news of their engagement didn't break until back in 2011 when Neil tweeted about his engagement following New York's legalization of same-sex marriage. At the time, Neil said he and David were just "waiting for an available date." The couple are parents to twins Harper and Gideon, who will be celebrating their fourth birthday in October. The two aren't the only celebrity couple to have a surprise wedding this weekend, as Fran Drescher also tied the knot in a low-key ceremony. Congratulations to the happy family!

Celebrity Couples
Ben Affleck Praises J Lo's Strides For Latinx Representation: "I Am in Awe"
by Victoria Messina 12 hours ago