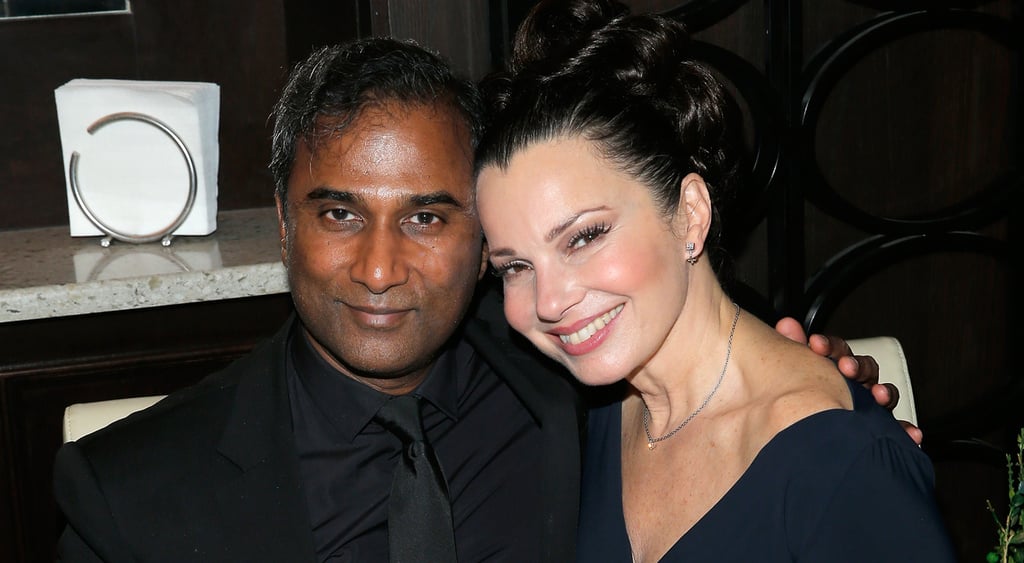 Fran Drescher is officially off the market! The comedienne tied the knot with email inventor Dr. Shiva Ayyadurai over the weekend in an intimate ceremony attended by very close friends and family. Fran announced the news on Twitter with a sweet photo of herself and Shiva and the announcement of, "Surprise! We got married!" The couple met a little over a year ago when Fran saw Shiva speak at an event hosted by Deepak Chopra. According to People, Fran wore Badgley Mischka while the groom wore Ralph Lauren. Fran was previously married to Peter Marc Jacobson. The pair divorced in 1999 when Peter admitted to Fran that he was gay. However, the pair have remained extremely close over the years. The two even used their real-life divorce as the basis of their TV Land sitcom, Happily Divorced, which Fran starred in.