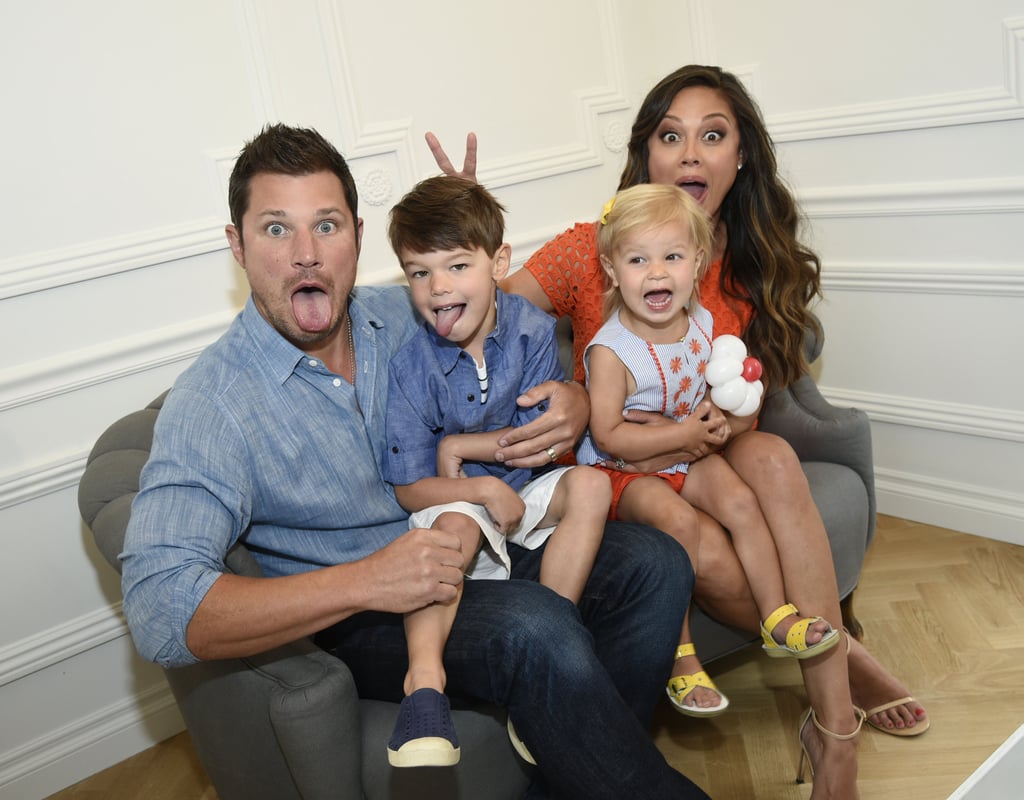 Nick and Vanessa Lachey turned the Janie and Jack launch party in LA into a sweet family affair when they stepped out with their two kids, 2-year-old daughter Brooklyn and 4-year-old son Camden. The adorable foursome appeared to have the best time as they huddled together for photos and made silly faces for the cameras. Missing from the fun, though, was the pair's nearly 5-month-old son, Phoenix, who was recently featured with the whole family in People's annual World's Most Beautiful issue. The brood was crowned one of the magazine's most beautiful families, and based on their precious family photos on Instagram, we couldn't agree more. In the magazine, Nick opened up about his family life, explaining that family "is the single biggest priority, they always come first." The event also brought out Tia Mowry and son Cree and Alison Sweeney and daughter Megan.

Celebrity Instagrams
Becca Tilley Gushes Over Hayley Kiyoko: "[She] Has Really Made Me Feel Brave"
by Eden Arielle Gordon 10 hours ago