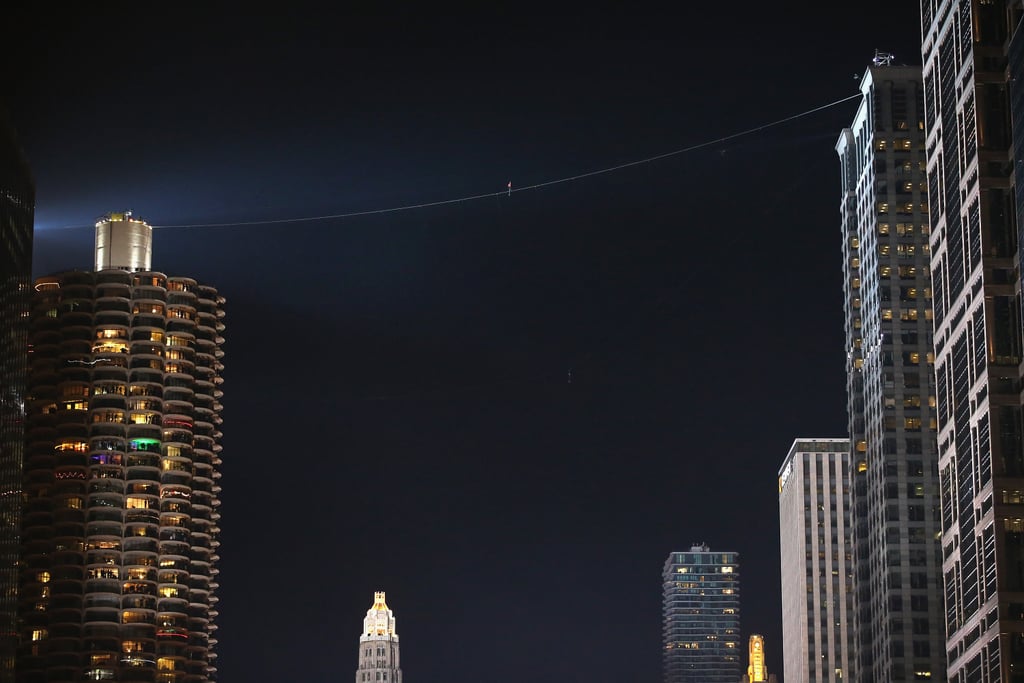 Chicago residents gathered downtown on Sunday to watch daredevil Nik Wallenda walk a tightrope between three tall buildings in the city, marking yet another of his incredible stunts. Last year, Nik made headlines when he walked a 1,400-foot tightrope across the Grand Canyon, becoming the first person to do so. This time, it was a two-part walk, and Nik started at the Marina City west tower, walking on a 19-degree incline to the Leo Burnett Building — a total of 454 feet. For the second stage of the walk, Nik was blindfolded, walking a 94-foot tightrope 543 feet above the ground between two Marina City towers. No nets or safety harnesses were involved, and both walks broke world records. Take a look at incredible pictures from the event, plus a video of Nik's impressive stunt.