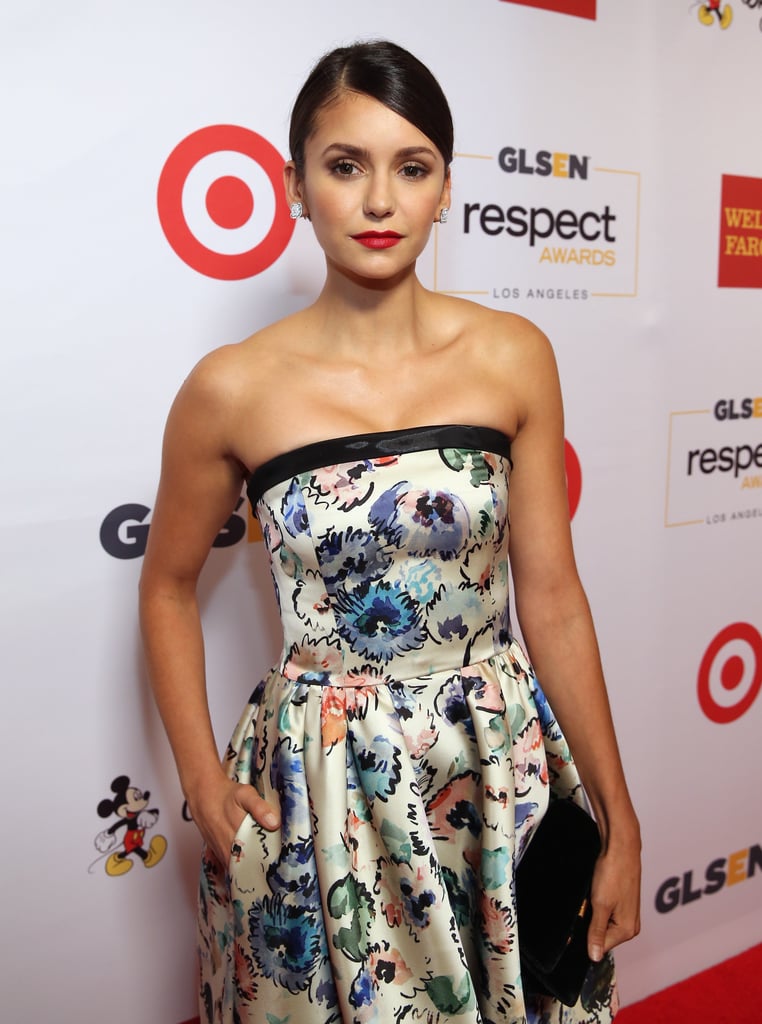 Nina Dobrev attended the 2016 GLSEN Respect Awards in LA on Friday night looking all sorts of gorgeous. The actress, who stunned in an Armani printed dress, was on hand to present YouTube star and activist Connor Franta with an award for his commitment to youth welfare and LGBTQ advocacy. While it's been rumored for a while that Nina will be returning for The Vampire Diaries' final season, she did appear in one of the last scenes during the show's premiere on Friday night. Back in August, the network's president, Mark Pedowitz, revealed that he was having discussions about her return during a TCA panel, so it looks like we'll just have to watch the show and see for ourselves.