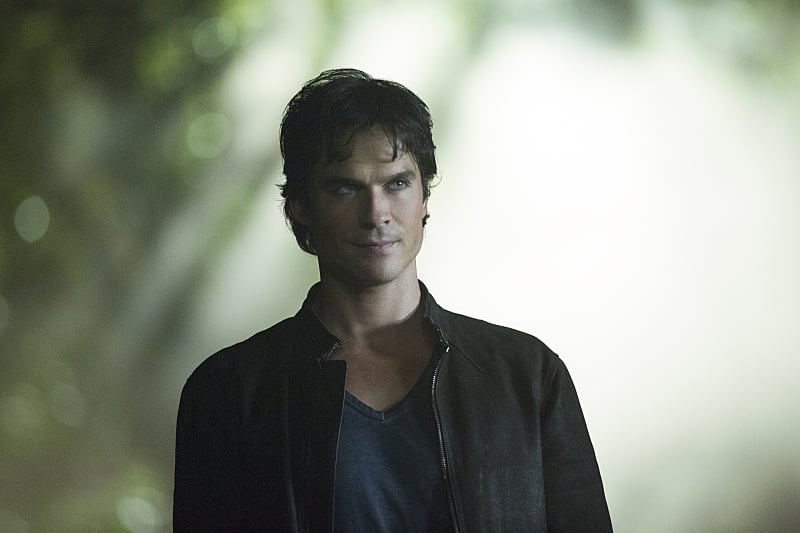 It's the beginning of the end, ladies and gentlemen. The eighth and final season of The Vampire Diaries premiered on Friday night, and we have to admit, it was scary-good. Not only does it revive the creepy and gritty feel of the beginning seasons, but the episode, titled "Hello, Brother," perfectly pays homage to the show's pilot. Grab a few tissues and take a trip down memory lane.

The episode expertly opens the exact same way the pilot does with a couple driving into a creepy fog . . . and not making it out alive. Damon even goes back to his old tricks by playing dead and lashing out at his unsuspecting victims. It's official, our favorite vampire bad boy has flipped the switch on his humanity.

Yes, that's right. Damon recites his iconic line from the pilot when Stefan and Bonnie show up to save him and Enzo. We may or may not have squealed out loud when it happened.

Finally, the show is putting the "diaries" back in The Vampire Diaries! In one of the last scenes, Stefan tells Elena (in his diary) about their failure to save Enzo and Damon, writing, "Maybe tomorrow will be better." Of course, this is nearly identical to Elena's famous line in the beginning of the pilot when she says, "Tomorrow will be different."

We're not crying, you're crying!

by Lindsay Kimble 2 minutes ago