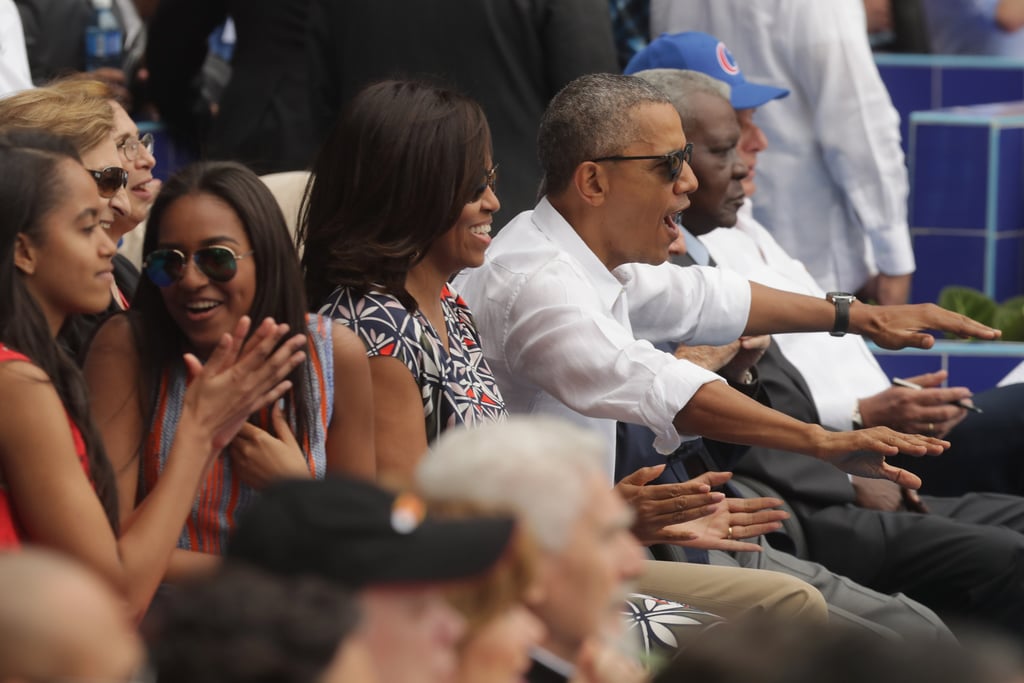 The Obama family just keeps bringing it! Just days after arriving in Cuba, President Obama, Michelle, who stunned in a gorgeous Tory Burch dress, and daughters Sasha and Malia all attended a baseball game between the Tampa Bay Rays and the Cuban national team in Havana on Tuesday. Of course the brood was there to watch the game, but it was their cute antics that ended up stealing the show. At one point, President Obama was caught playfully pushing Michelle's arm and was even spotted doing the wave with Cuban President Raul Castro. The three-day trip marks the first time that an American sitting president has visited the country in almost 90 years. Keep reading to see more photos of the fun outing, and then look back at Sasha and Malia's sweetest moments of all time.