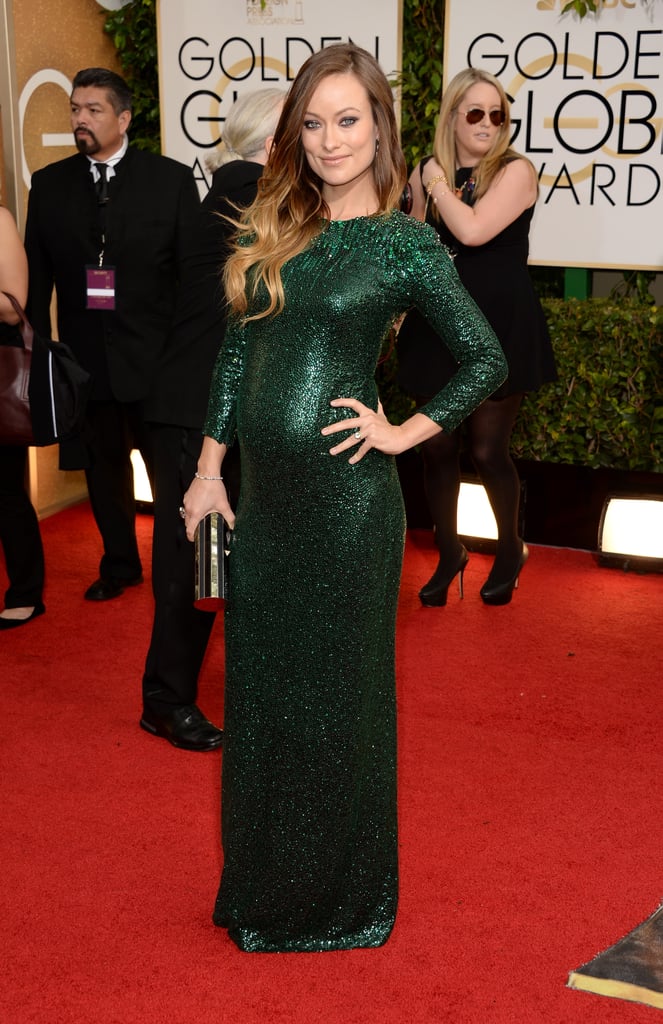 Olivia Wilde Radiates Glamour With Her Baby on Board

Olivia Wilde positively glowed on the Golden Globes red carpet Sunday, displaying her baby bump in a Gucci Première emerald green gown before heading inside the Beverly Hilton for the big show. The actress is set to take center stage during the broadcast and present one of tonight's awards. Olivia will likely be back in her seat and filled with anticipation when the winner of best musical or comedy is announced — Her, in which she costars with with Joaquin Phoenix, Amy Adams, and Scarlett Johansson, is nominated. Tonight's look is just the latest in a string of Olivia's fresh maternity looks. In an interview with POPSUGAR, the actress divulged the details of her beauty regimen, saying it's easier to make the right choices as we mature. What do you think of her ensemble tonight? Sound off in our Golden Globes polls here.