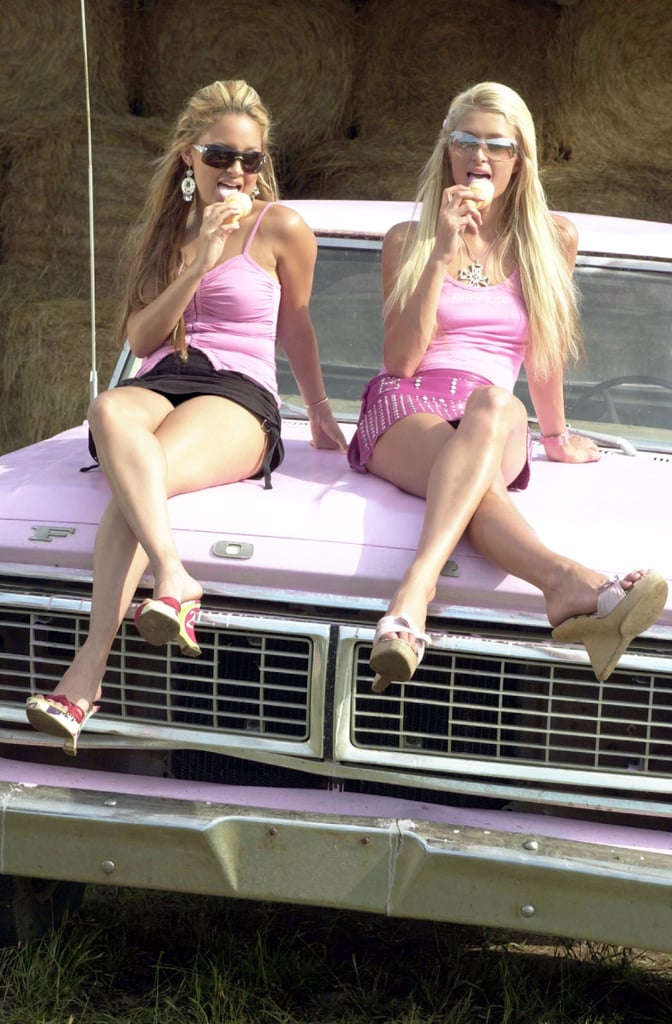 Many years ago, in a land far, far away, two girls named Nicole Richie and Paris Hilton were best friends . . . and it was so f*cking iconic we don't even know where to begin. The two stars grew up together in Hollywood and went on to star in their reality show, The Simple Life, from 2003 until 2007. During that time, they basically ran pop culture in a world before social media. They rocked the best of early 2000s fashion, had enviable flip phones, and started phrases that you still probably use today (That's hot? Yep, them).

But things took a turn in 2005 when they abruptly stopped speaking. "It's no secret that Nicole and I are no longer friends," Paris said in a statement at the time. "Nicole knows what she did, and that's all I'm ever going to say about it." While neither party has ever confirmed the exact reason for their rift, it was rumored that Nicole showed Paris's infamous sex tape at a party. Sadly the two have never returned to their original glory, but they do seem to be on good terms now. Nicole told Andy Cohen in 2014 that she has nothing but love for Paris. "An idea of a true friend is somebody that's going to be there with you through and through," she said. "The short answer to this is, I haven't spoken to her in a while, but we are very good friends. I love her and I love her family. I have a lot of respect for her." While we wait for a revival of The Simple Life that will probably never come, look back at some of their best (and so beautifully random) friendship moments below.