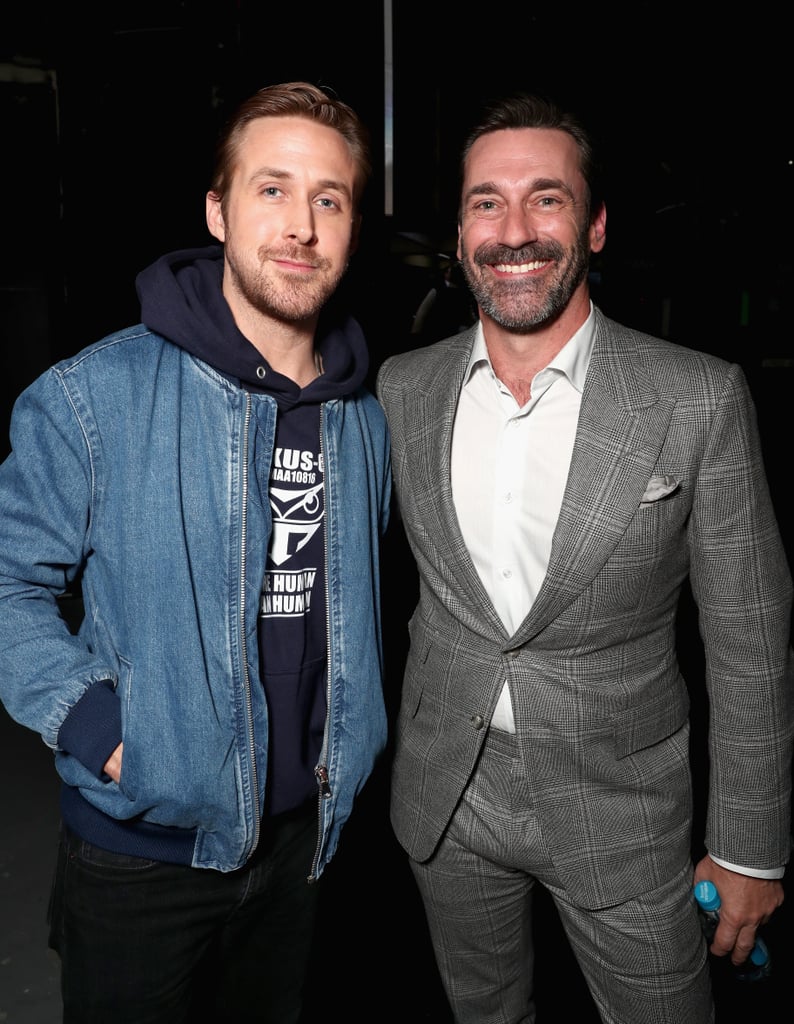 Less than a month after heating up the South by Southwest red carpet in Austin, Ryan Gosling ventured up to The Colosseum at Caesars Palace in Las Vegas for a CinemaCon event. After discussing his upcoming sci-fi movie with Harrison Ford, Blade Runner 2049, Ryan stepped off stage to pose for a few photos backstage. There, he bumped into a very scruffy Jon Hamm, giving us a bromance fantasy that we never even knew we wanted. With Ryan Reynolds and Jake Gyllenhaal already taken, the Mad Men actor is a pretty great alternative, don't you think? Just close your eyes and imagine the buddy comedy movie potential . . . and then open them so you can scroll through the rest of these photos.

Related:
Ryan Gosling Explains His Reaction to That Oscars Flub (Yes, We're Still Talking About It)
Previous Next Start Slideshow
Jon HammRyan GoslingCinemaCon
Around The Web

Celebrity Families
Eva Mendes and Ryan Gosling Feel Like They're Running a Hotel Amid COVID-19, and Yep, That Tracks
by Murphy Moroney 3 days ago