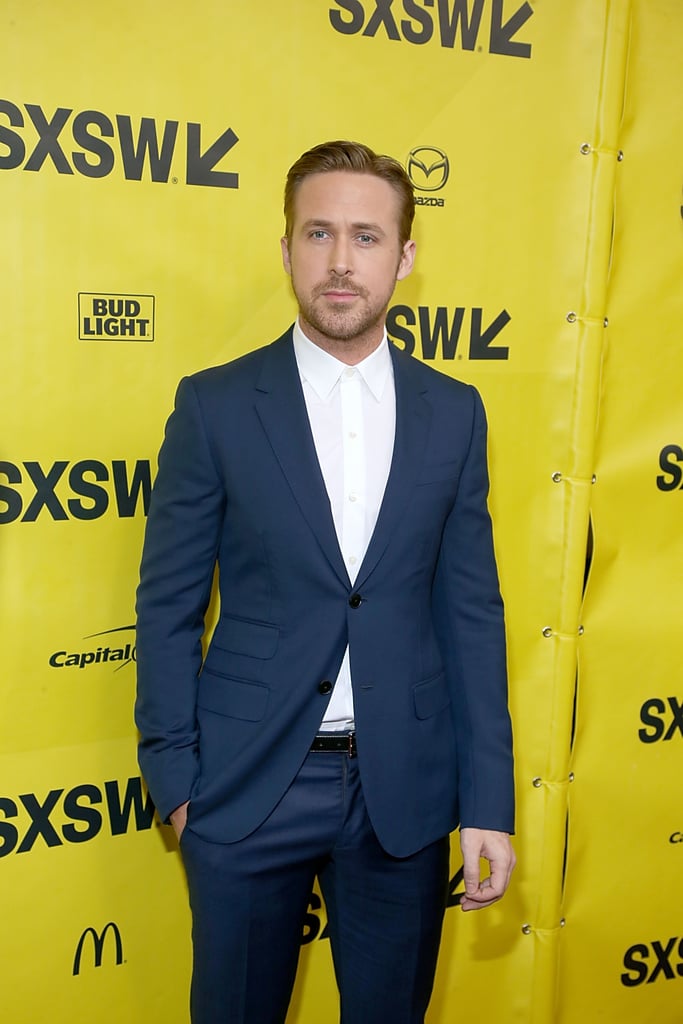 Ryan Gosling has been on quite the hot streak lately, and he doesn't seem to be slowing down anytime soon. On Friday, the actor popped up at the Paramount Theatre in Austin, TX, for the premiere of his new film, Song to Song, during the SXSW festival. Ryan looked handsome as usual in a navy suit and was joined by his costars, Michael Fassbender and Rooney Mara. The annual festival was the perfect backdrop for the screening given the fact that the movie is set around the city's music scene. While it's unclear if Ryan's other half, Eva Mendes, joined him, she did upload a photo of the Paramount Theatre on Instagram that night with a heart emoji. Eva recently opened up about why she doesn't like walking red carpets in Shape magazine's April issue, saying she'd rather be at home with their girls, daughters Esmeralda and Amanda.