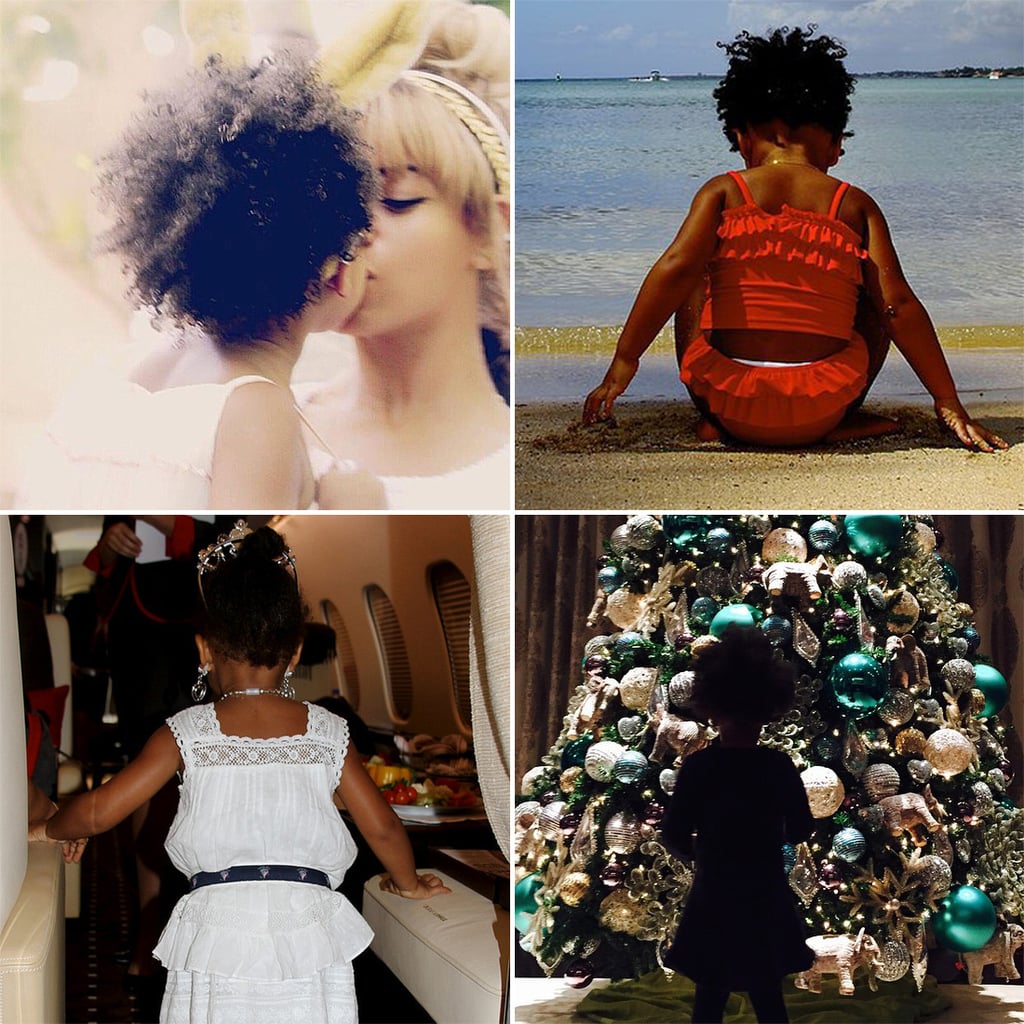 From the day Blue Ivy Carter was born, we've all loved getting a glimpse of her alongside her famous parents, Beyoncé and Jay Z — but up until that glorious evening at the MTV VMAs in late August, we had pretty much only ever seen the back of her little head. Beyoncé has since become a bit more generous with her photos of Blue — remember her adorable Halloween costume? — but for most of 2014, we were treated to tons of photos of Blue's nape. Keep reading for a look back at the year in the back of Blue Ivy's head. Here's to more sweet snaps of the world's coolest toddler in 2015.

Lil Nas X
Lil Nas X Is Basically a Telfar Snow Bunny, and I Want What He's Wearing
by Sarah Wasilak 1 day ago

Celebrity Instagrams
Lizzo's Latest Shout-Out to Chris Evans Has Us Asking, "Why Aren't They a Couple Already?!"
by Princess Gabbara 2 days ago

Lizzo
Are We in Wonderland? Lizzo Delivered a Floral Fantasy in This Whimsical Purple Catsuit
by Chanel Vargas 2 days ago