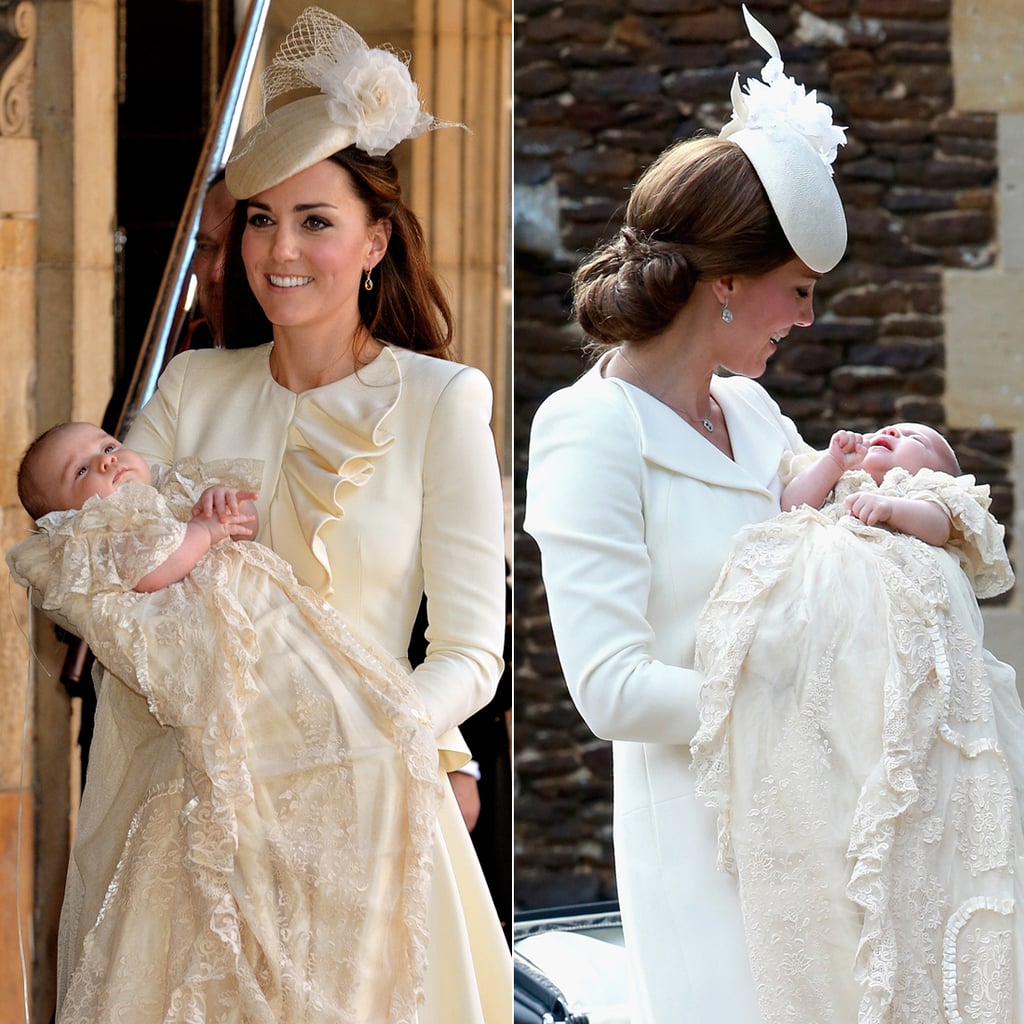 Compare Prince George's and Princess Charlotte's Christenings Side by Side!

Princess Charlotte's first year was already off to an adorable start, and then the royals turned it up a notch at her cute christening on Sunday. Looking at the pictures, it's hard not to compare Charlotte's big day and Prince George's christening in 2013. For starters, it's clear Kate Middleton and Prince William have a lot more to handle now that they're a family of four. As William entertained George, Kate tended to Charlotte, beaming as her daughter crossed another milestone off her list. As for the similarities between the events, Charlotte wore the same robe that Prince George debuted at his baptism, which is a replica of a family heirloom. Read through to make more comparisons of their big days, then take a peek at the royal family's christening photo album.