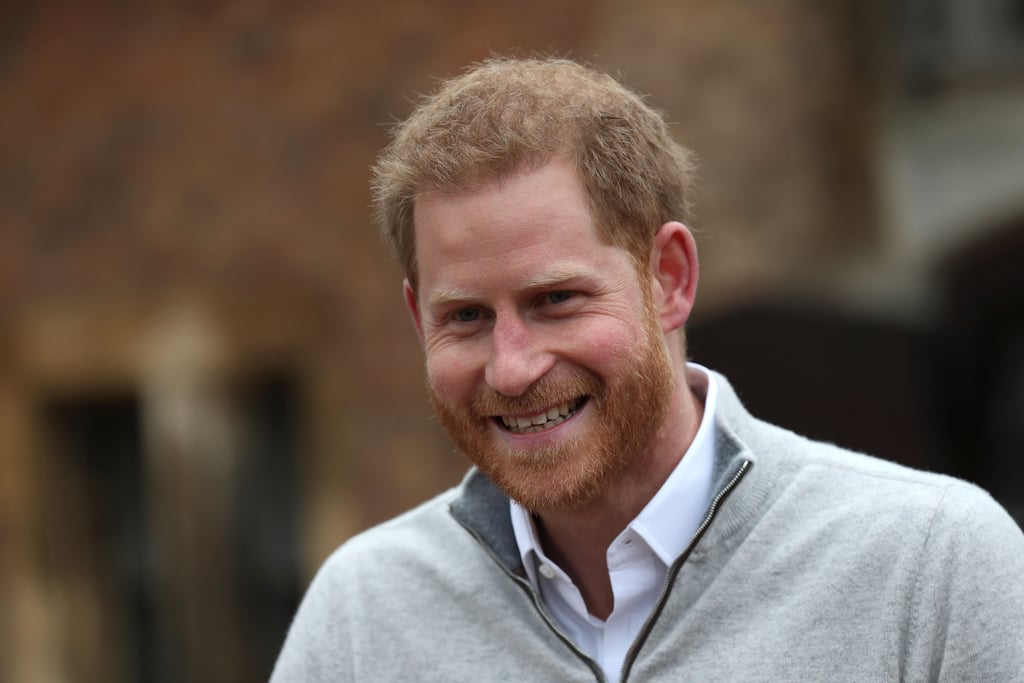 Prince Harry Can't Contain His Smile While Talking About Baby Sussex: "I'm Over the Moon"

Baby Sussex has finally arrived, and Prince Harry couldn't possibly be more excited! The Duke of Sussex made a solo appearance outside of Windsor Castle after Meghan Markle gave birth to their first child, a baby boy, and the first-time dad could hardly contain his smile while talking to the press.

"I'm very excited to announce that Meghan and myself had a baby boy early this morning — a very healthy boy. Mother and baby are doing incredibly well," a beaming Prince Harry said. "It's been the most amazing experience I could ever possibly imagine. How any woman does what they do is beyond comprehension, but we're both absolutely thrilled and so grateful to all the love and support from everybody out there."

Harry added that he's "so incredibly proud" of his wife and that they're still deciding on a name for their royal bundle of joy, who will likely be revealed to the world on May 8, Harry said. "As every father and parent would ever say, your baby is absolutely amazing, but this little thing is absolutely to die for, so I'm just over the moon," Harry added before heading back into Windsor Castle.

Shortly after, an official announcement of the royal baby's birth was set up outside of Buckingham Palace reading, "The Queen and the Royal Family are delighted at the news that Her Royal Highness The Duchess of Sussex was safely delivered of a son at 5:26 a.m. today. Her Royal Highness and her child are both doing well." Watch Harry's overwhelmingly adorable interview clip ahead to see just how over the moon Harry really is. We can't wait to meet Baby Sussex later this week!