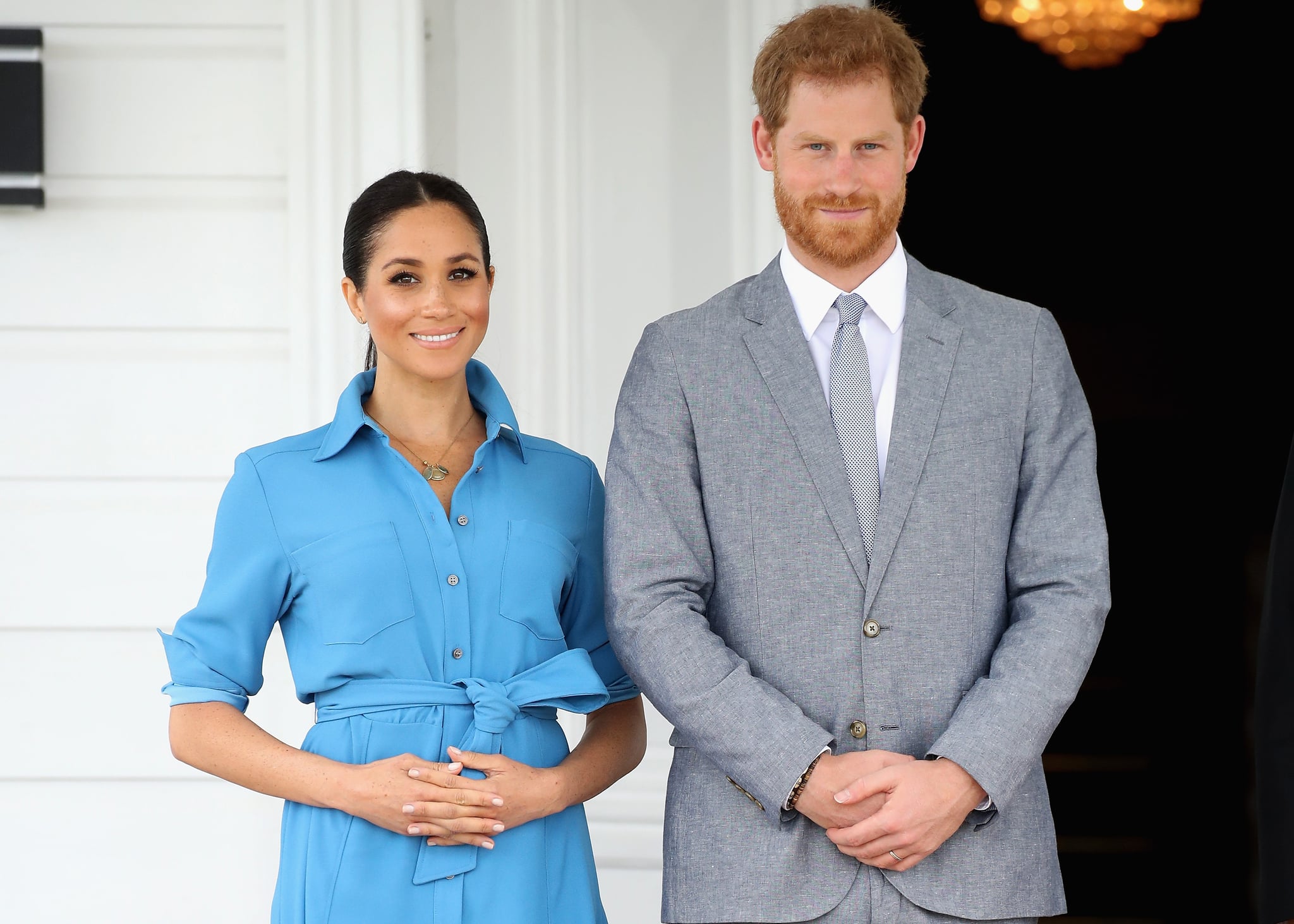 It's a boy! Meghan Markle has welcomed her first child with Prince Harry. On Monday, the Duchess of Sussex gave birth at 5:26 a.m. with Harry by her side. Shortly after, the prince spoke to press about the arrival of his little one during a solo appearance outside of Windsor Castle.

"I'm very excited to announce that Meghan and myself had a baby boy early this morning — a very healthy boy. Mother and baby are doing incredibly well," Harry said. "It's been the most amazing experience I could ever possibly imagine. How any woman does what they do is beyond comprehension, but we're both absolutely thrilled and so grateful to all the love and support from everybody out there."

The couple also announced the arrival of their little one on their Instagram account. "We are pleased to announce that Their Royal Highnesses The Duke and Duchess of Sussex welcomed their firstborn child in the early morning on May 6th, 2019," the caption read. "Their Royal Highnesses' son weighs 7lbs. 3oz. The Duchess and baby are both healthy and well, and the couple thank members of the public for their shared excitement and support during this very special time in their lives. More details will be shared in the forthcoming days."

According to Buckingham Palace, Queen Elizabeth, the Duke of Edinburgh, the Prince of Wales, the Duchess of Cornwall, the Duke and Duchess of Cambridge, Lady Jane Fellowes, Lady Sarah McCorquodale, and Earl Spencer have all been informed about the birth of Meghan and Harry's first child and are "delighted with the news."

Meghan's mother, Doria Ragland, is also with Meghan and Harry at Frogmore Cottage and is "overjoyed by the arrival of her first grandchild."

The royal couple are still thinking about names, but we do have a few ideas about what the little boy may be called.

The palace announced Meghan's pregnancy back in October 2018, as the couple embarked on their royal tour of Australia, New Zealand, Tonga, and Fiji. The duchess attended many royal engagements during her pregnancy, including a short royal tour of Morocco, a Commonwealth Day service, and a speaking panel on International Women's Day. Her last official appearance was on a visit to New Zealand House on March 19.