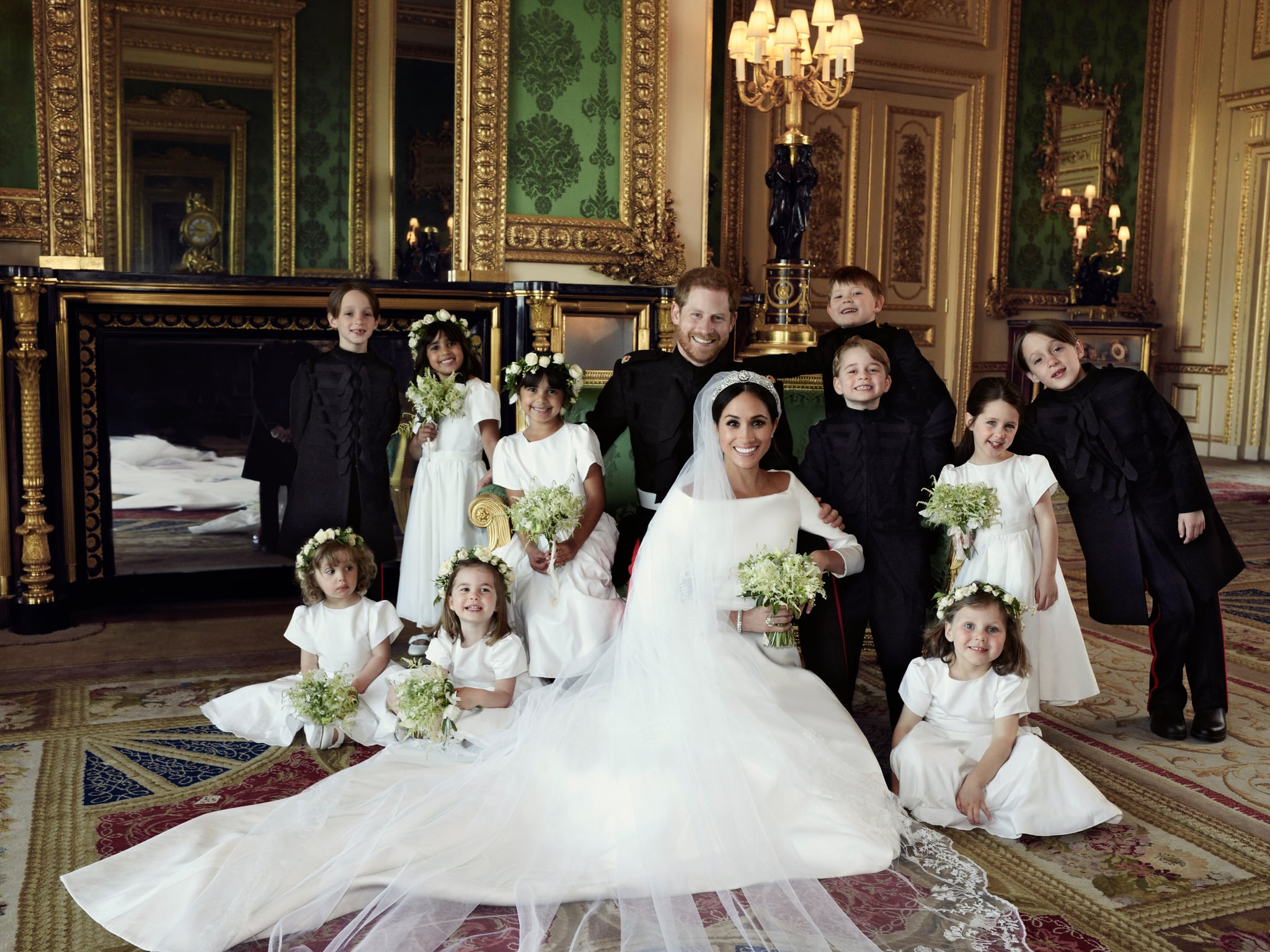 Princess Diana may not have been able to attend Prince Harry's wedding to Meghan Markle, but her presence was certainly felt. Aside from paying tribute to his late mother during the ceremony at St. George's Chapel, the royal also honored her through his official wedding portraits. On Monday, Kensington Palace released three gorgeous photos of the couple, which were taken by Alexi Lubomirski at Windsor Castle, but there was one detail people might have missed. 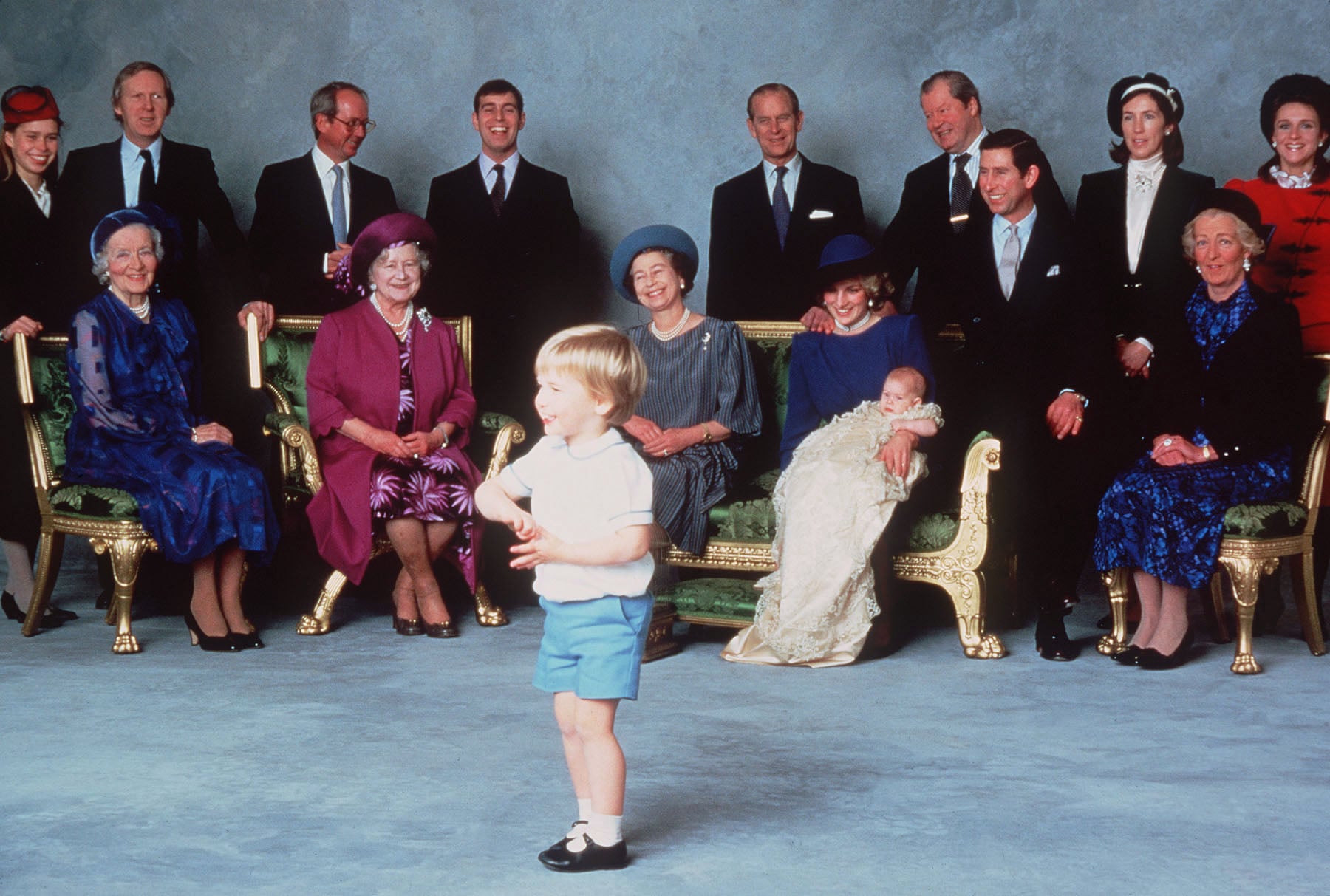 In the photo of the couple with their bridesmaids and pageboys, Harry is seen sitting on the same green couch his late mother sat on for his christening in 1984. The photo included many notable members of the royal family, including Queen Elizabeth II, Prince Charles, Prince Philip, and even a young Prince William. The gesture may be subtle, but it's certainly a special way to make sure his mother is still a part of his big day.