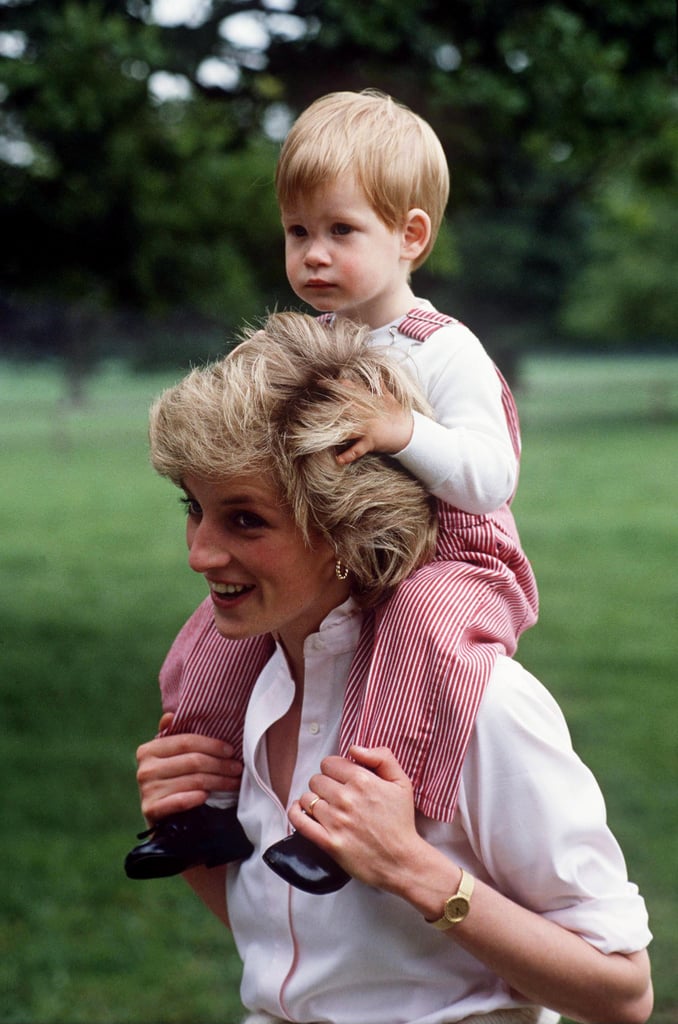 Princess Diana tragically died on Aug. 31, 1997, but her spirit lives on through her two sons, Prince Harry and Prince William. In his new memoir "Spare," released Jan. 10, Harry reflects on his mother, the brief time they shared together, and memories he has of her.

That includes the shocking claim that the very day Harry was born, Prince Charles thanked Diana for giving him a "spare" — harking back to the saying that every monarchy needs "an heir and a spare." According to excerpts published by The Guardian on Jan. 4, Harry writes that Charles told Diana, "Wonderful! Now you've given me an heir and a spare – my work is done."

Harry also revisits memories of his mother, including her 1995 Panorama interview, in his Netflix docuseries "Harry & Meghan," which premiered in December.

In the first episode of the series, Harry opens up about Diana, saying, "I always remember her laugh, her cheeky laugh. Her saying to me: 'You can get into trouble, just don't get caught.'" Harry was only 12 years old when his mother died, so he admits that he doesn't have many "early memories" of her. "The majority of my memories are being swarmed by paparazzi," he says in the docuseries. "Rarely would we have a holiday without someone with a camera jumping out of a bush. Within the family, the system, the advice is always, 'Don't react, don't feed into it.'"

In spite of those sad moments, Harry expresses that his mother's spirit continues to influence him today. In fact, he partially credits her for his and Markle's loving romance. "I think for so many people in the [royal] family, especially the men, there can be a temptation or an urge to marry someone who would fit the mold as opposed to somebody who perhaps you are destined to be with," Harry says. "[The] difference between making decisions with your head or your heart. My mom certainly made most of her decisions, if not all of them, from her heart. And I am my mother's son."

In the sixth episode of "Harry & Meghan," he even reveals that his daughter, Lilibet — whose middle name is Diana — reminds him of his mother, with her bright-blue eyes and reddish-gold hair. "I think, at the moment, I see a lot of my wife in Archie and a lot of my mum in Lilibet," he says. "She's very Spencer-like."

Harry paid tribute to his late mother during his and Markle's wedding in May 2018. Over the years, the Duke of Sussex has gotten more comfortable talking about his mom and, in turn, given us a glimpse at their unbreakable bond.

See some of their sweetest pictures together ahead.

Related:
Prince Harry Reveals He Could Have Written 2 Books: "I Don't Think They Would Ever Forgive Me"
Previous Next Start Slideshow
The RoyalsNostalgiaPrince HarryPrincess Diana