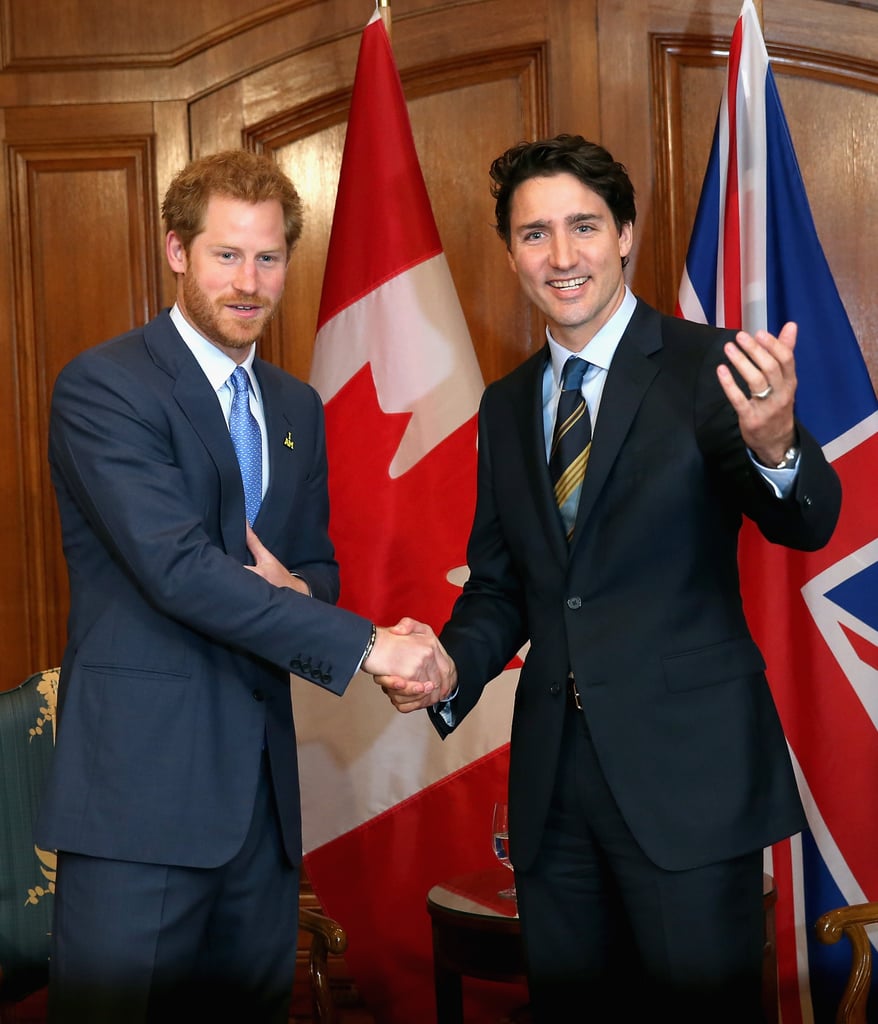 Prince Harry is on a roll! Just days after making an appearance at the BT Sport Industry Awards in London, Harry touched down in Canada for the launch of the 2017 Toronto Invictus Games. Upon his arrival, he attended a bilateral meeting at the Fairmont Royal York Hotel, where he gave a speech and met with the Prime Minister of Canada, Justin Trudeau, to discuss plans for the third Invictus Games. Harry then made his way to the Athletic Centre to watch a sledge-hockey match with Justin, and from the looks of it, he had a whole lot of fun. At one point, Harry was even spotted posing for a couple of funny photos with the referee.

In just a few short days, Harry will reunite with Michelle Obama at the Invictus Games in Orlando. Also on hand for the event will be Vice President Joe Biden's wife, Jill, who, along with Michelle, will be cheering on Team USA at the Paralympic-style games for wounded veterans. Read on for more of Harry's latest appearance, and then watch Michelle and Barack Obama's hilarious PSA to the prince.

Miles Teller
Miles Teller Recalls Breaking Royal Protocol With Will and Kate: "I Felt the Vibe"
by Chandler Plante 11 hours ago