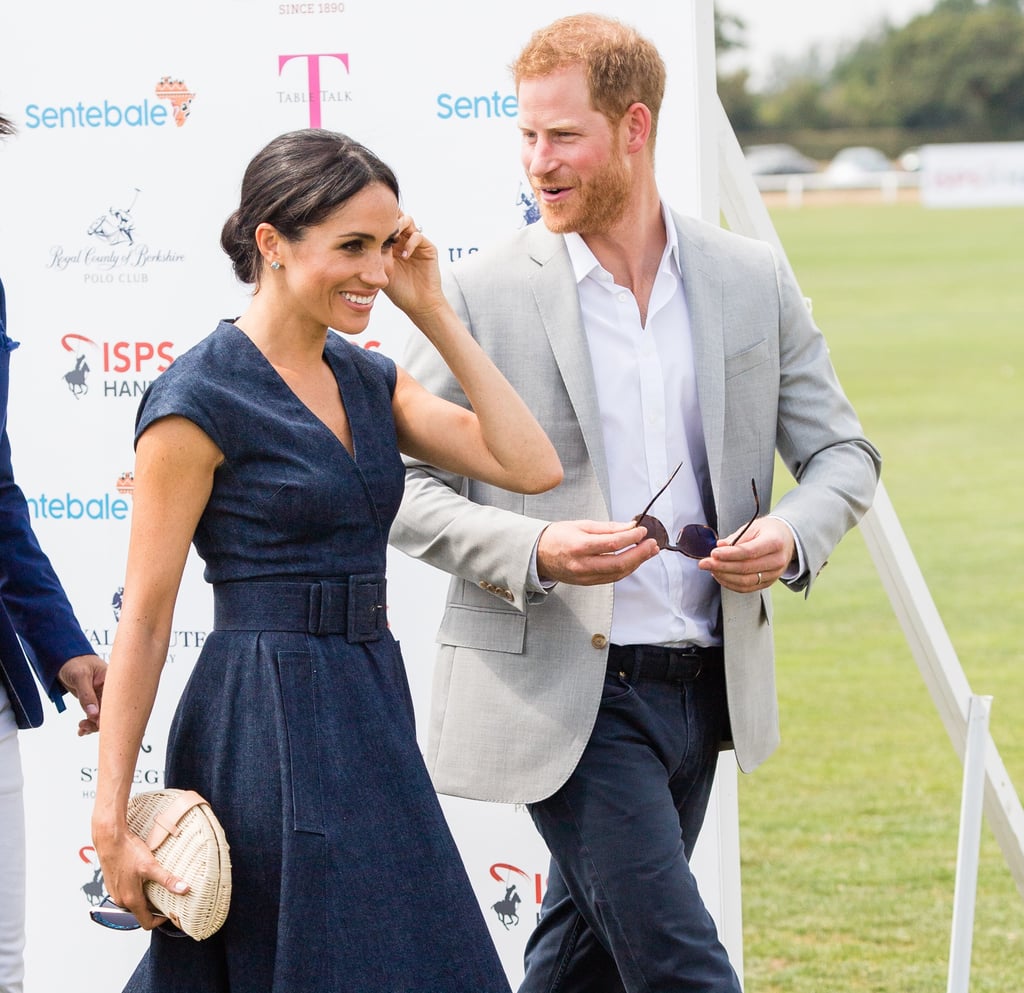 Prince Harry and Meghan Markle continued a busy Summer of appearances and royal engagements when they stepped out in Windsor on Thursday. The Duke and Duchess of Sussex arrived in style at the Royal County of Berkshire Polo Club for the 2018 Sentebale ISPS Handa Polo Cup, which uses one of the prince's favorite sports to raise money for and awareness of his charity Sentebale. Harry founded the charity in 2006 alongside Prince Seeiso of the Lesotho royal family. Sentebale (which means "forget-me-not" in Sesotho) supports the mental health and well-being of children and young people affected by HIV in Lesotho and Botswana.

The royal couple looked relaxed and happy as they arrived in their coordinated navy and beige outfits (is that denim we spy?!). They happily posed for photos with Sentebale Ambassador Nacho Figueras; his wife, Delfina; the charity's CEO, Cathy Ferrier; and its chairman, Johnny Hornby. After Harry took part in the match, they were seen sharing a very romantic kiss as Meghan congratulated her husband on his win. Given that they were back in Windsor, where they wed a few months ago, we couldn't help having flashbacks to their other memorable royal kiss.