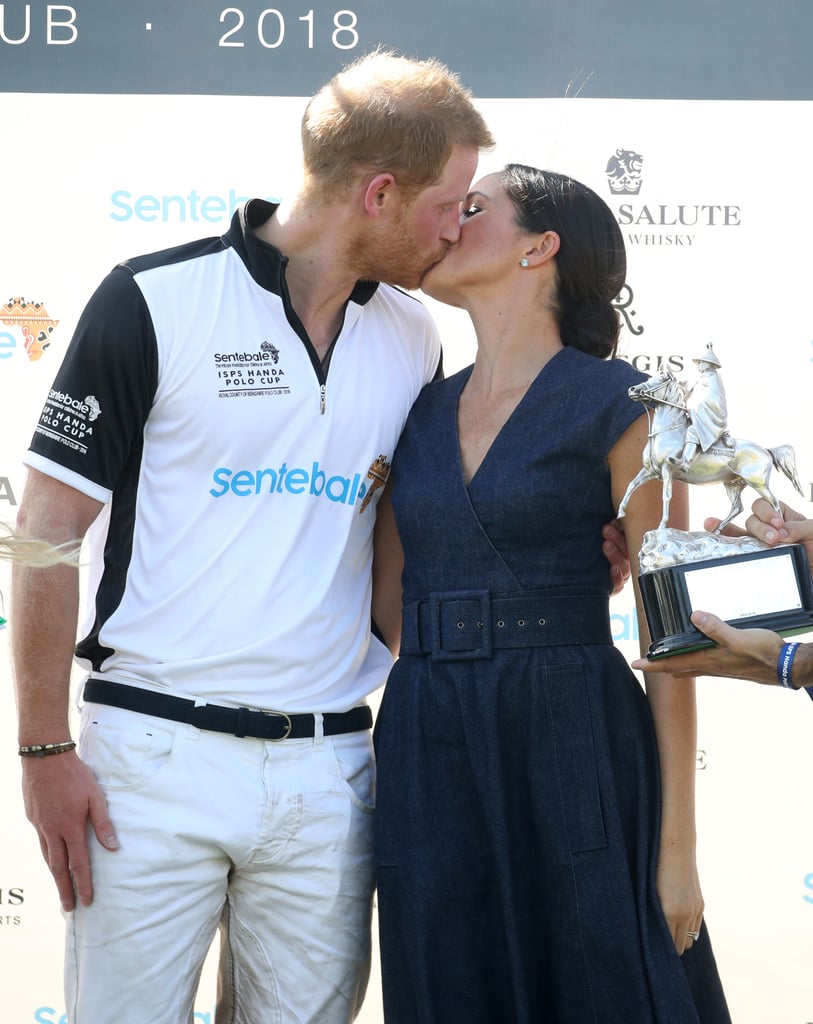 Prince Harry competed in the Sentebale Polo Cup in Windsor on Thursday, and his beaming bride, Meghan Markle, was on hand for the fun event. After taking part in the match, which was held at the Royal County of Berkshire Polo Club, Harry met up with Meghan for a romantic and congratulatory smooch while posing for photos with Sentebale ambassador Nacho Figueras; his wife, Delfina; the charity's CEO, Cathy Ferrier; and its chairman, Johnny Hornby.

It's certainly not the first bit of PDA we've seen from the couple, who are notoriously adorable when it comes to showing their affection for each other. In fact, royal photographer Mark Stewart recently revealed that Harry and Meghan "don't mind showing their emotions," and a former palace spokesperson added that "Meghan is used to being touchy-feely, and Harry is the same." Keep reading to see their latest cute kiss, then look back on their epic wedding-day PDA.