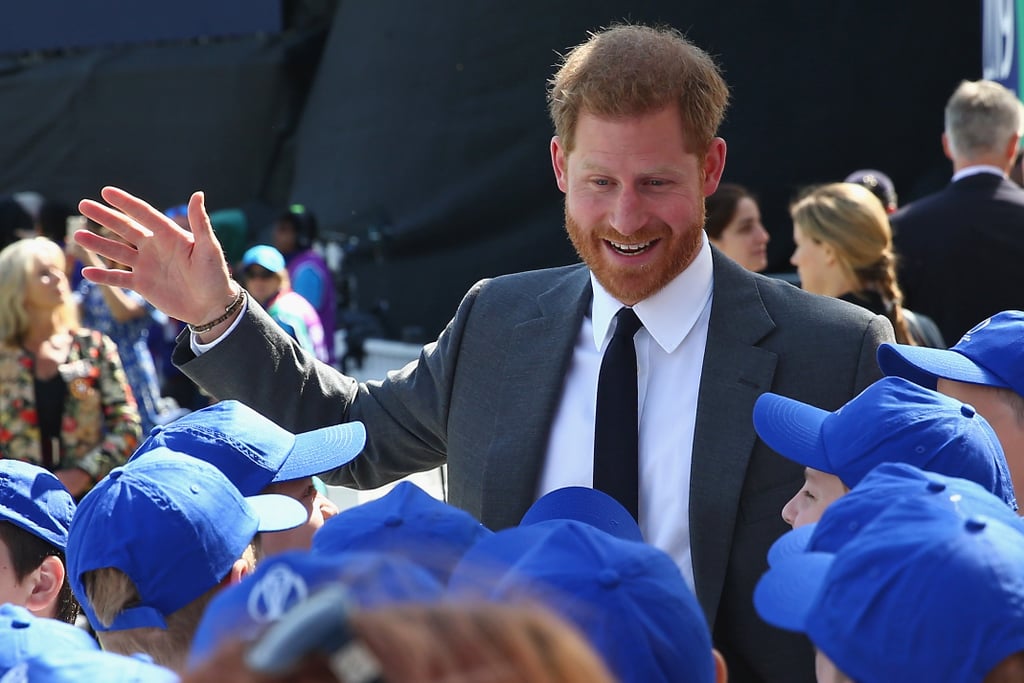 Prince Harry officially opened the ICC Cricket World Cup at the Oval in London on Thursday morning, marking the beginning of what he described as "a brilliant six weeks of sport." In his short speech, avid sports fan Harry paid tribute to the 10 teams taking part in the tournament, who he claimed, "thanks to the UK's cultural diversity, will feel as though they are competing in front of a home crowd every time they take to the field."

Related:
These Photos of Prince Harry Playing Polo Suddenly Gave Me the Urge to Learn to Ride a Horse

Though Harry's trip to the iconic London cricket ground included a number of memorable moments, his face really lit up when he was meeting the young flag bearers who took part in the opening ceremony and when he stood in the stands with a group of kids. It seems like being a dad has only increased Harry's love of spending time with little ones. Keep reading to see Harry in his element once again.