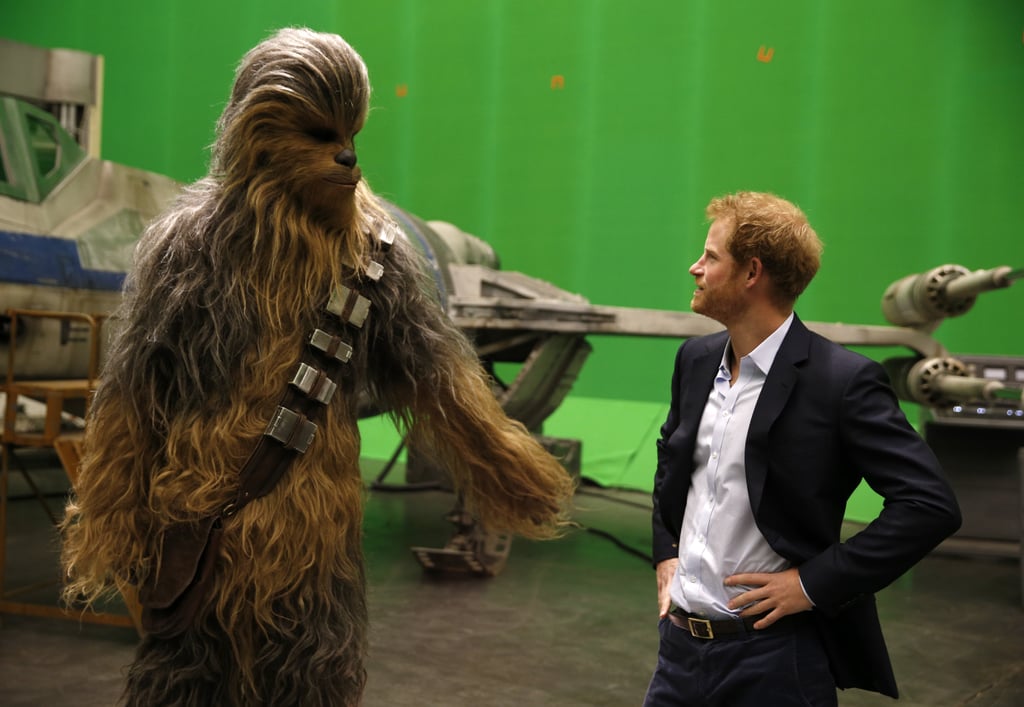 Being a member of the British royal family definitely has its perks, but aside from all of the cars, tiaras, and exotic trips, maybe the biggest one of all is being able to stop by England's Pinewood Studios where Star Wars is being filmed. Prince Harry and Prince William did just that on Tuesday when they met with the cast and crew of the upcoming Star Wars: Episode VIII, including Chewbacca and Luke Skywalker, to "recognize the wealth of British creative talent involved in producing the Star Wars films." Will and Harry got a tour from Daisy Ridley and chatted with John Boyega, Mark Hamill, director Rian Johnson, and even BB-8 before dueling each other with lightsabers (how could they resist?!). See all of their supercute moments ahead, and check out what Harry recently said about Queen Elizabeth (aka "his boss"). 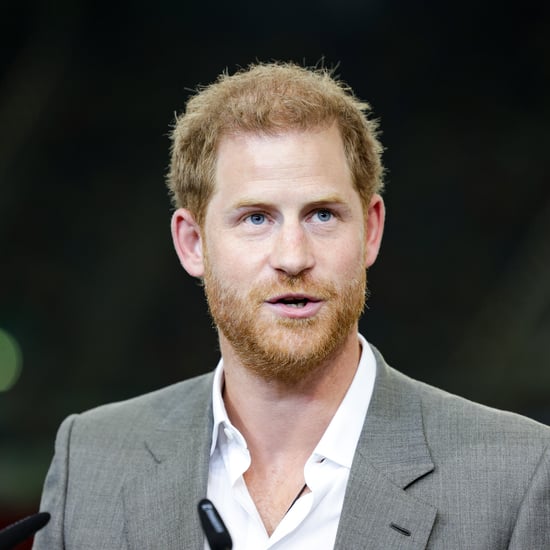