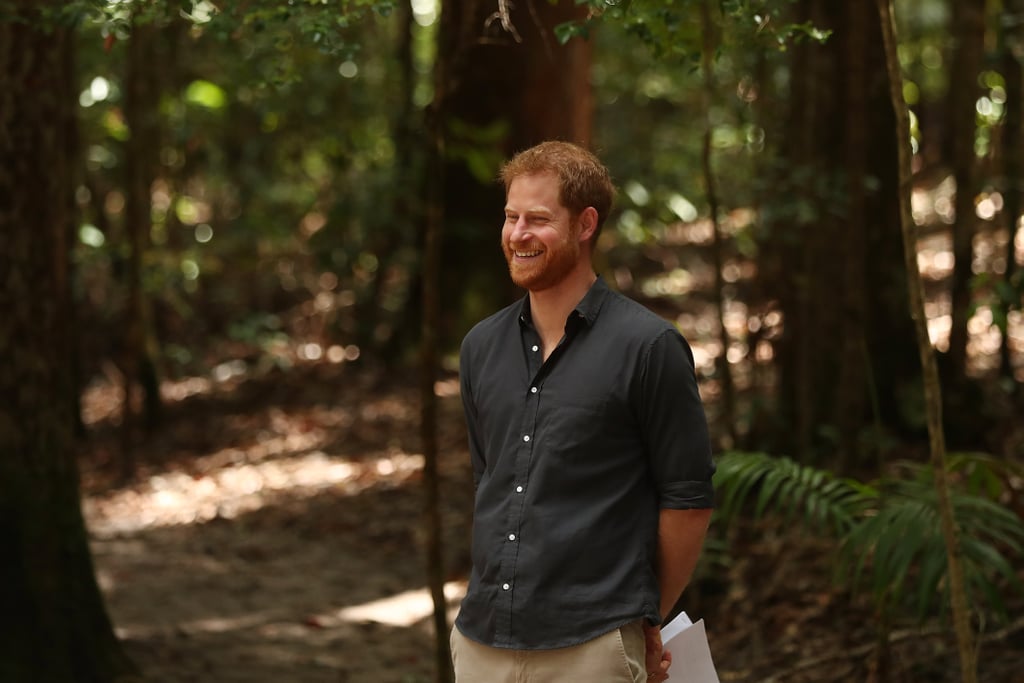 Prince Harry has been making us swoon pretty much every day of his royal tour in Australia with Meghan Markle, and — spoiler alert! — he's far from being done. A few days after looking like a real-life Prince Charming at the ANZAC memorial in Sydney, the Duke of Sussex had quite the funny encounter with a fan during his visit to Fraser Island.

Harry was preparing to give a speech regarding the dedication of the Forests of K'gari when one especially bold woman in the crowd couldn't help but blurt out, "You're better-looking in person." Ha ha! Harry immediately took notice and broke out into the biggest grin, which grew even wider when another person in the crowd chimed in, "I second that!" The British royal sheepishly blushed and looked down, replying, "I'll take that as a compliment." Aww! We stan a humble prince.

Viral Videos
The Woman Behind the Impressions: Diving Deeper With TikTok All-Star Caitlin Reilly
by Victoria Messina 7 hours ago

Podcasts
Prince Harry on Why He Moved His Wife and Son to the US: "That Wasn't the Plan"
by Alessia Santoro 1 day ago