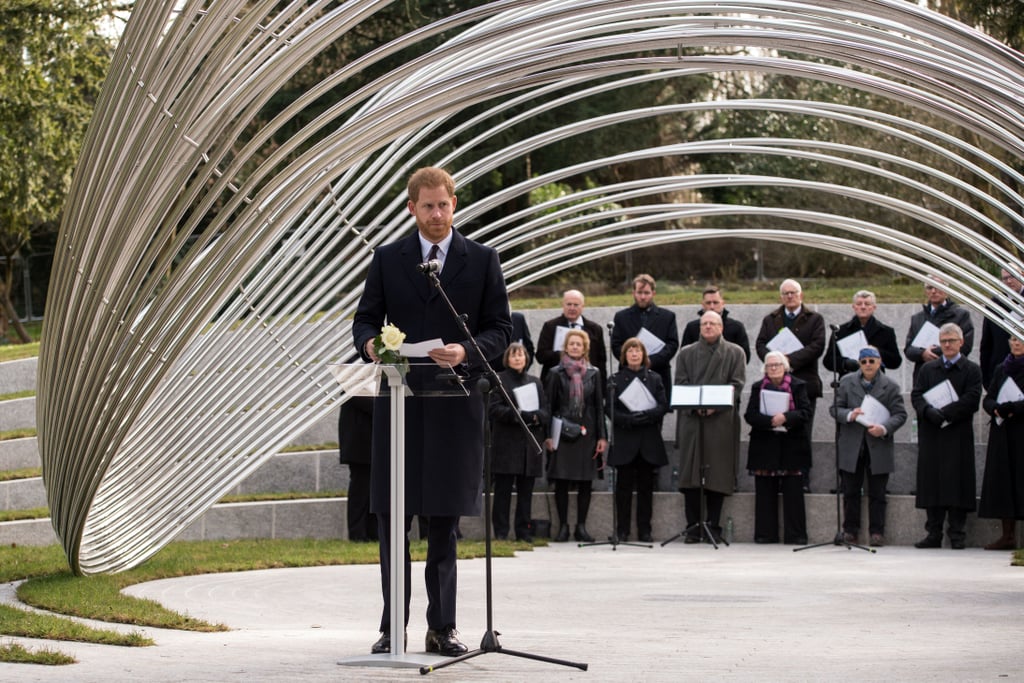 Prince Harry paid tribute to the victims of the Tunisia attacks as he attended a memorial on Monday. The royal made a solo appearance in Birmingham as he attended a dedication ceremony of the official memorial. The memorial contains a sculpture called "Infinite Wave," which symbolizes the British nationals killed in the Bardo Museum attack in March 2015 and the Sousse attack in June 2015. During his visit, Harry spent some time with some of the families affected by the attacks as he chatted with them and took a few photos.

The somber appearance comes after Harry's trip to Morocco with Meghan Markle. In addition to a handful of couple moments, including Harry helping Meghan with her necklace and some sweet PDA, the two also proved they are going to be amazing parents as they bonded with young children during their trip. Though the couple hasn't disclosed whether they've having a boy or a girl, the mom-to-be reportedly told pals at her NYC baby shower that she's having a boy.

Related:
Everyone Else Can Go Home Now, Because 2019 Belongs to Prince Harry and Meghan Markle
Previous Next Start Slideshow
The RoyalsPrince HarryThe British Royals