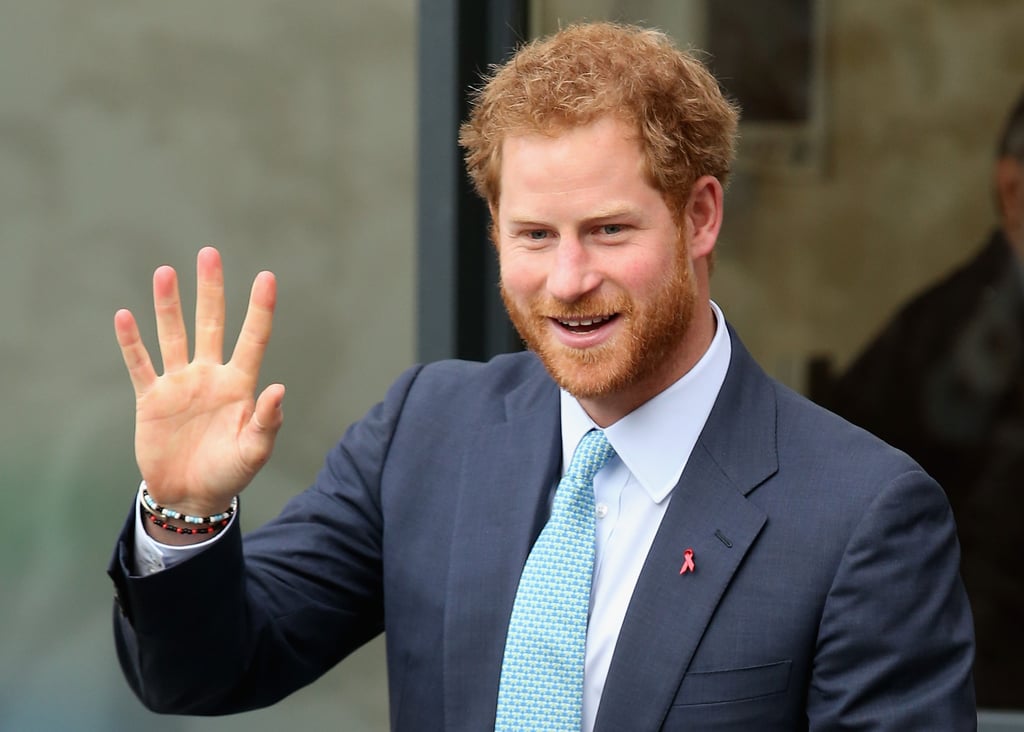 Prince Harry shared a special moment with an HIV-positive patient when he visited Mildmay Mission Hospital in London on Monday. The lovable royal met with a woman who recalled the first time she met his mother, Princess Diana, when she visited Great Ormond Street Hospital 24 years ago, saying, "Your mother's lap was so comfortable, and I cuddled into her," to which Harry replied, "I remember that, too." Diana was a strong advocate in decreasing the stigma around HIV, and Harry now seems to be following in her charitable footsteps. See the pictures from Harry's latest appearances below, and then check out Princess Diana's sweetest moments with her children.