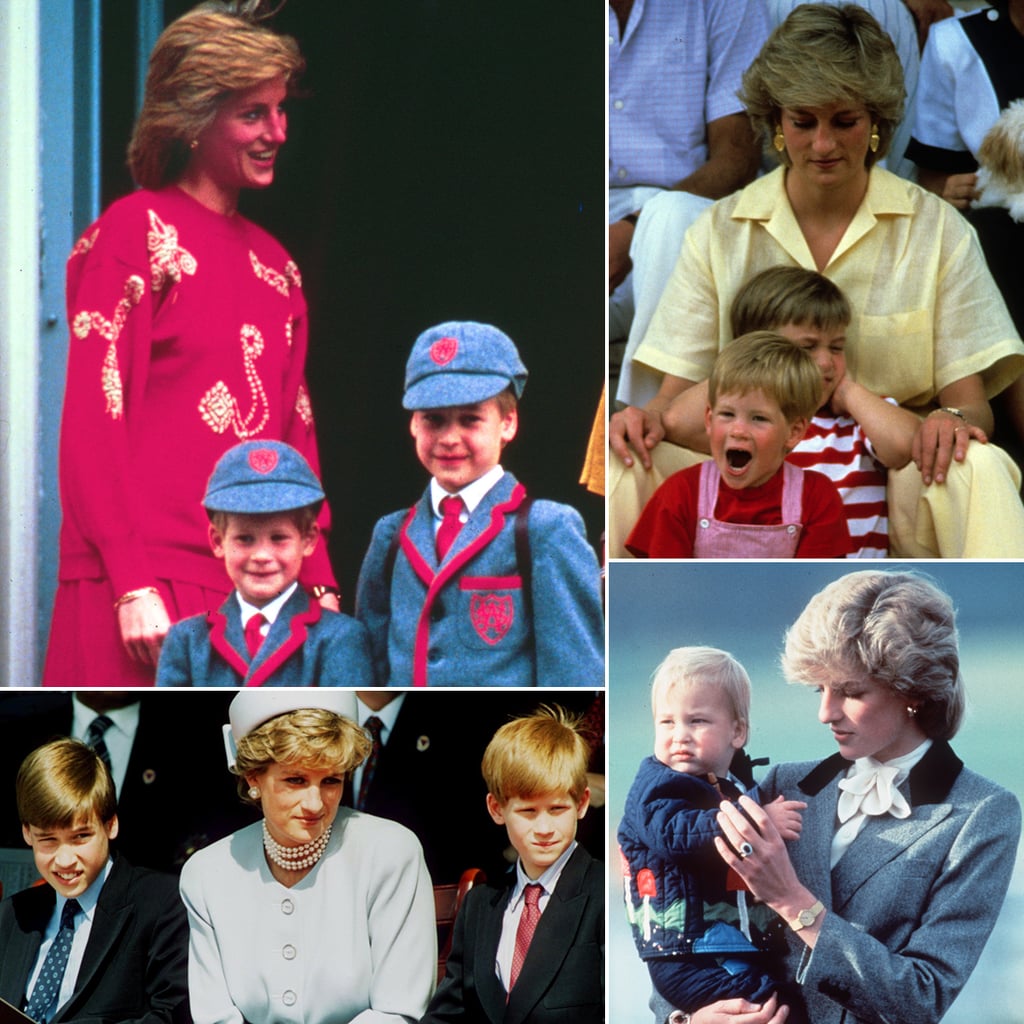 In honor of the late Princess Diana, who was born on July 1, 1961, and who passed away in a tragic accident on Aug. 31, 1997, we're taking a look at some of the special moments she shared with Prince William and Prince Harry through the years. Just like the royal baby fever that surrounded Kate Middleton's pregnancies with Prince George and Princess Charlotte, there was plenty of buzz when Princess Diana was expecting.

The world watched as she raised Prince William and Prince Harry, and almost 22 years after her death, we're reliving the sweet moments that were caught on camera when she brought the boys to official events, toted them along on trips, and took them to school. From the princes' first pictures to their later years as young boys, take a look at Princess Diana's adorable public moments with her sons.