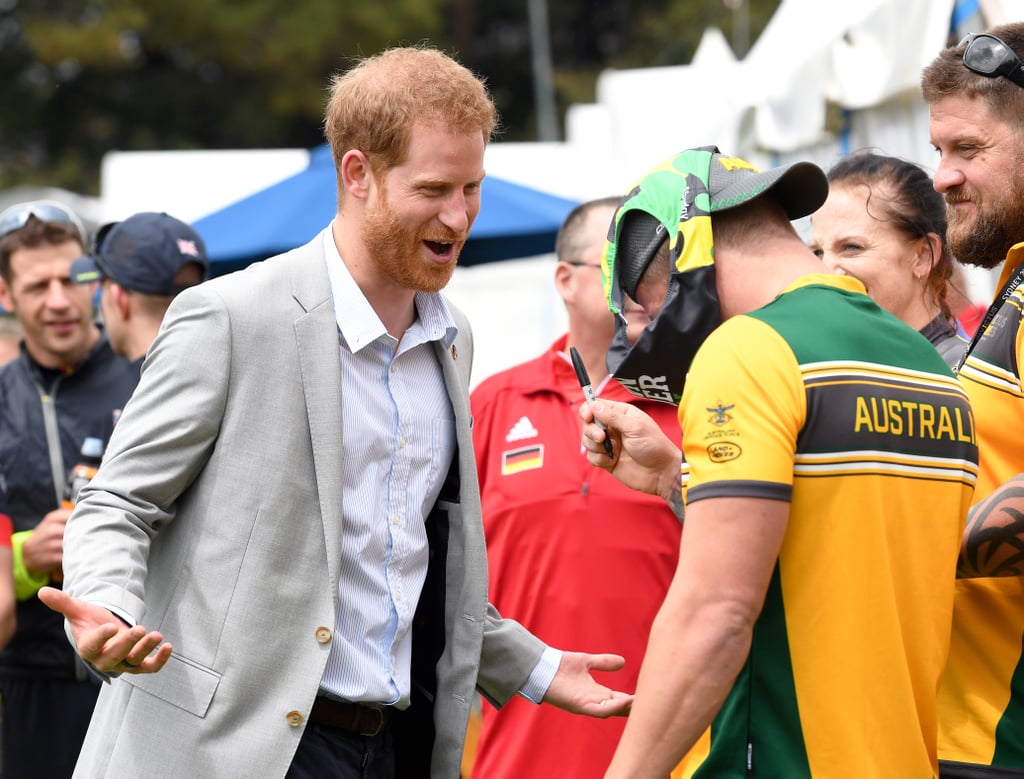 Prince Harry is such a good sport! While wife Meghan Markle rested at home during their 16-day tour of Australia, the famous royal was gifted a pair of "budgie smugglers," i.e., a Speedo, by Invictus Games athletes. After graciously accepting the gift, Harry went one step further.

"He said, 'Shall I put them on?' We said, '100 percent,'" said ABC's Dylan Alcott, as reported by The Guardian. The prince then proceeded to pull the tiny swim trunks over his dress pants, giving everyone something to laugh about.

Harry's hilarious moment with the athletes might've been prompted by an earlier meeting, when participants asked him to sign another pair of budgie smugglers, and he had to decline. It's against royal protocol to give out autographs, but this seems like a pretty good alternative! Keep reading to see more snaps from Harry's exchange with the athletes below, and make sure to check out the best snaps of the royal couple's tour so far.

Related:
Meghan Markle Is Cutting Back on Her Royal Tour Schedule to Rest at Home
0
previous images
-24
more images
Previous Next Start Slideshow
The RoyalsPrince HarryThe British Royals
Around The Web

by Danielle Jackson 22 minutes ago