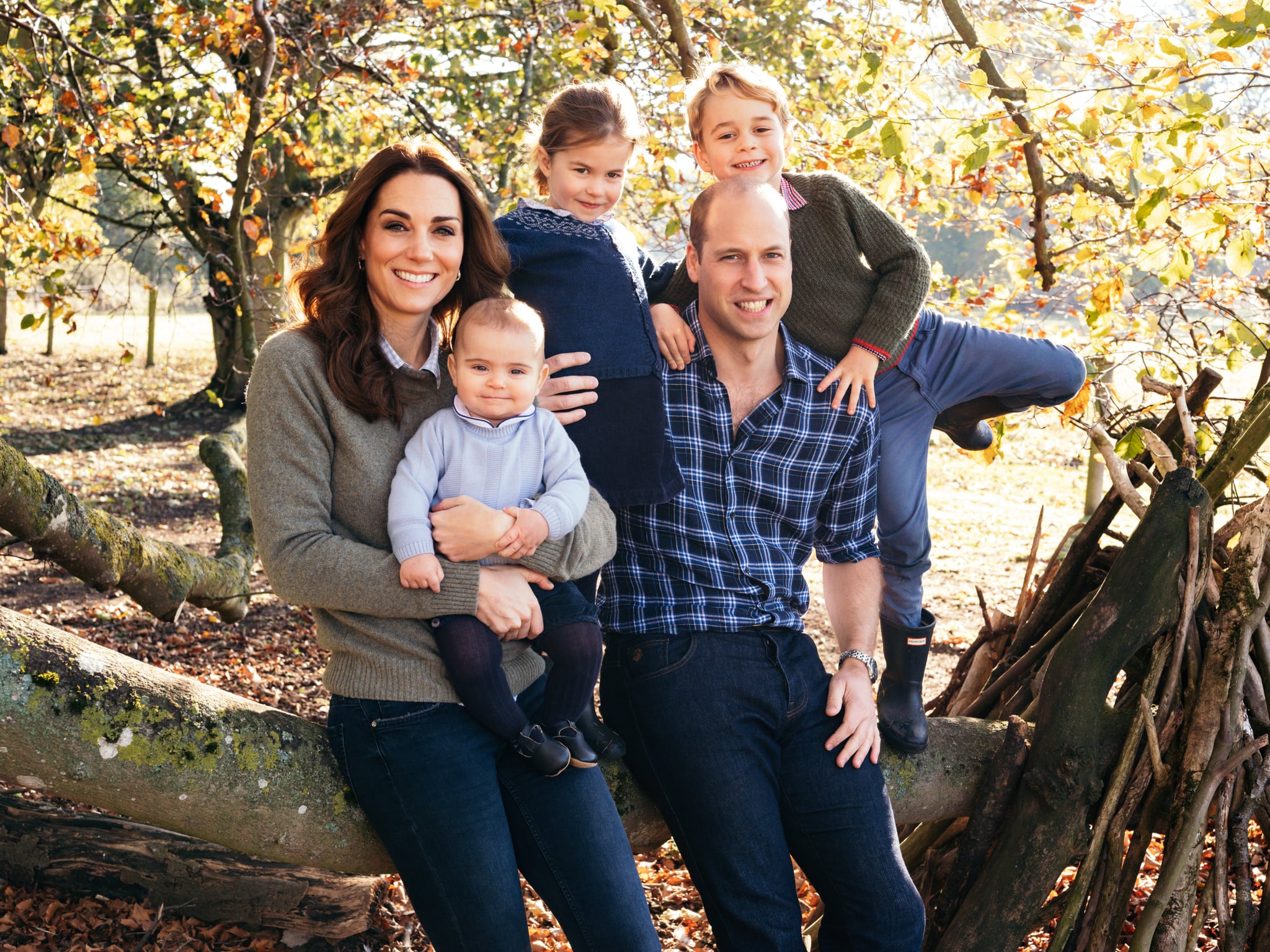 The Duke and Duchess of Cambridge have released the photo from their 2018 Christmas card, and it's just as adorable as you'd expect. In the photo by Matt Porteous, William and Kate are dressed casually in jeans, sitting on a tree in the grounds of their home, Anmer Hall. Prince George and Princess Charlotte, also in outdoor gear, cuddle up to their parents, and this year there's also the exciting addition of Prince Louis, who looks adorable in his mother's arms as he smiles at the camera.

The last time we saw a new photo of the young prince, who was born this past April, was in photographs taken for Prince Charles's 70th birthday. He totally stole the show in those photos, and he's done the same again in this gorgeous family photo . . . but his older siblings definitely put up a good fight! George is his usual cheeky self, standing on one leg in his wellington boots, while Charlotte, ever the entertainer, takes pride of place in the center of the shot.

The Royals
From Royal Baby to Big Girl: 23 Adorable Photos of Sweden's Princess Estelle
by Murphy Moroney 1 hour ago

The Royals
Prince Harry Speaks For the First Time on Royal Split: "There Really Was No Other Option"
by Britt Stephens 2 days ago