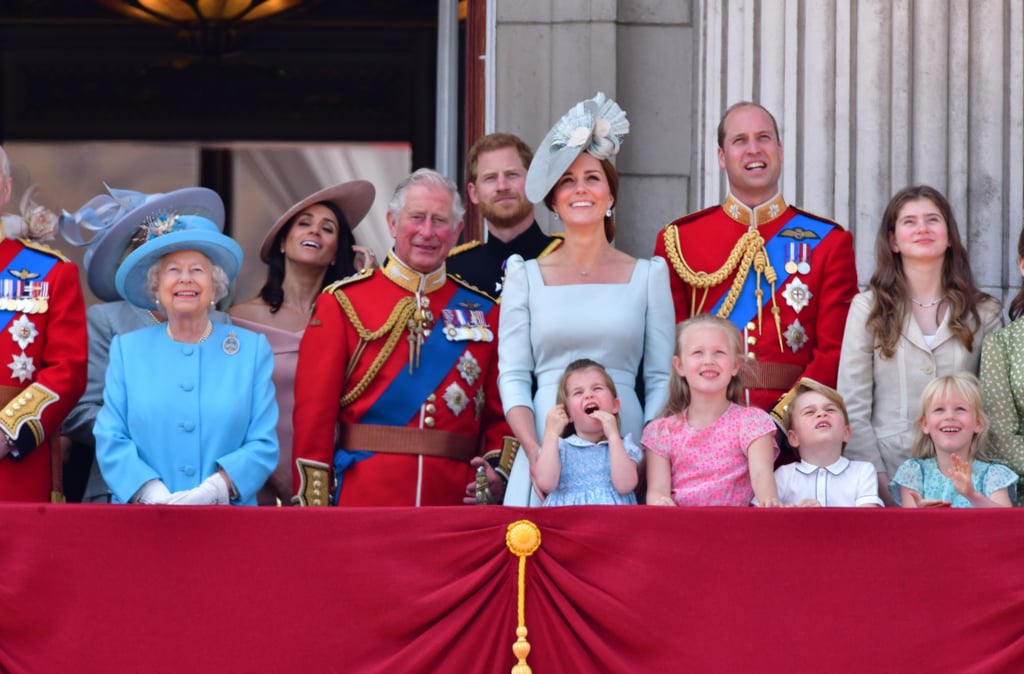 Prince Charles is a busy man, but sometimes, his sons wish he would slow down at work. In the new BBC One documentary Prince, Son & Heir: Charles at 70, Prince William and Prince Harry open up about their father's work-life balance. For Will in particular, he wishes his dad would spend more time with his kids, Prince George, Princess Charlotte, and Prince Louis. "Having more time with him at home would be lovely, and being able to, you know, play around with the grandchildren," the Duke of Cambridge says in the documentary. "When he's there, he's brilliant, but we need him there as much as possible."

Harry, who is expecting his first child with wife Meghan Markle, also wishes his father would focus more on family. "He does need to slow down," the Duke of Sussex adds. "This is a man who has dinner ridiculously late at night, and then goes to his desk later that night and will fall asleep on his notes to the point where he'll wake up with a piece of paper stuck to his face. The man never stops." He adds that when he and William were younger, Charles was always bogged down with work. "When we were kids, there were bags and bags and bags of work that the office just sent to him. We could barely even get to his desk to say goodnight to him."

Even though Charles is a bit of a workaholic, he is still a loving family man when he is home. His wife, Camilla, Duchess of Cornwall, adds that the Prince of Wales is excellent with her grandchildren and even reads Harry Potter to them every now and then. Aww!

Kobe Bryant
Michael Jordan Revealed His Last Text Exchange With Kobe Bryant, and It's Bittersweet
by Kelsie Gibson 3 days ago