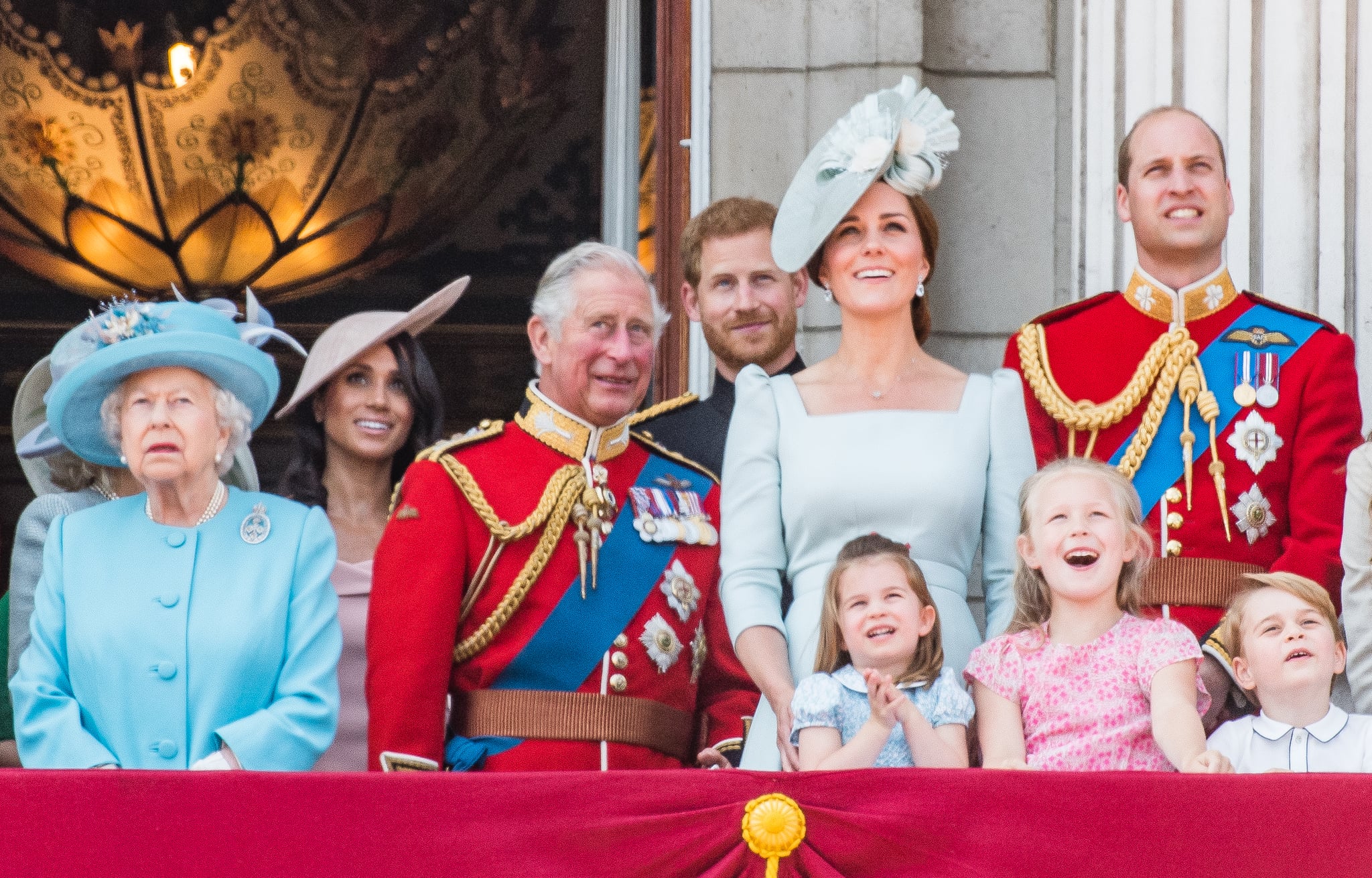 Lest you think the royal family was unrelatable, it appears the British monarchy has a bedtime ritual quite similar to one shared by countless kids around the globe. Prince Charles treats his three grandchildren — Prince George, 5, Princess Charlotte, 3, and Prince Louis, 6 months — to readings from the beloved J.K. Rowling book series Harry Potter.

"He reads Harry Potter and he can do all the different voices, and I think children really appreciate that," Charles's wife, Camilla, said in a BBC One documentary titled Prince, Son & Heir celebrating his 70th birthday. "He will get down on his knees and crawl about with them for hours, you know, making funny noises and laughing, and my grandchildren adore him . . . absolutely adore him."

Perhaps that's why Prince William wants his dad to spend more quality time with the family.

"I would like him to have more time with the children," Will said in the documentary. "Having more time with him at home would be lovely, and being able to, you know, play around with the grandchildren. What he's there, he's brilliant, but we need him there as much as possible."