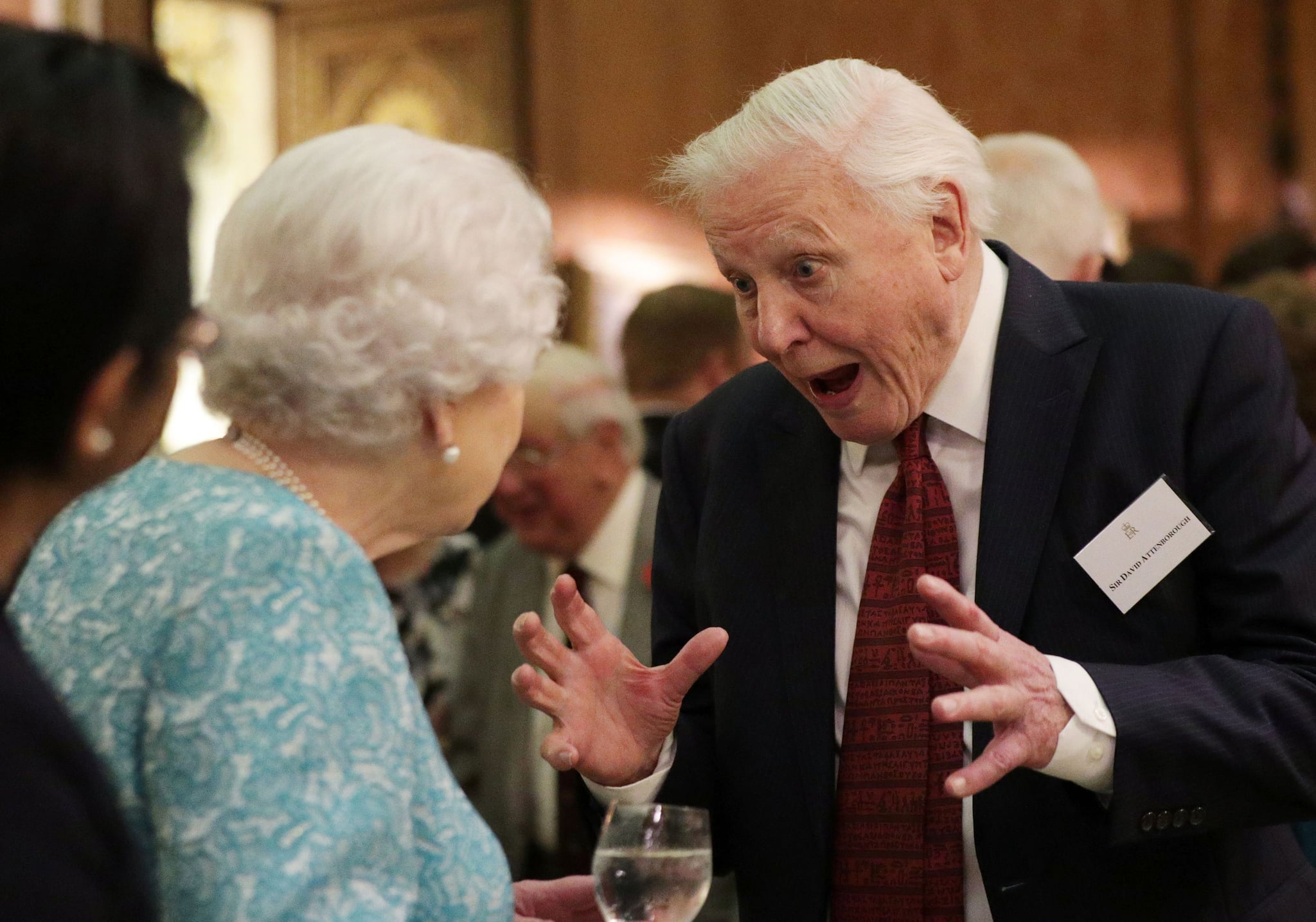 When two of the UK's national treasures join forces, you know it's going to be precious. Sir David Attenborough and Queen Elizabeth II took a walk together for the ITV documentary The Queen's Green Planet, exploring the 40-acre gardens at Buckingham Palace. The show celebrates the queen's Commonwealth Canopy, a conservation project that aims to "raise awareness of the value of indigenous forests, and of preserving them for future generations."

In addition to discussing the royal family's conservation efforts, the monarch also cracked some jokes, as she unexpectedly does so well. In the trailer for the show, Attenborough discusses climate change, saying, "there will be all kinds of other trees growing here in another 50 years maybe." The queen replies: "Might easily be, yes. But I won't be here though!"

Related:
The Queen Nonchalantly Manhandling the Crown Jewels Is the Best Thing You'll See All Day

The pair, who are both age 91, also joked about a wonky tree that someone apparently sat on, and a sun dial that was "neatly planted in the shade" so it doesn't actually tell the time. We'll have to wait and see the rest of duo's jokes when the documentary airs in the UK on April 19 on ITV. In the meantime, though, you can whip up a gin and Dubonnet with lemon and lots of ice, just the way the Queen prefers it.

Health
I'm a Latina With Endometriosis, and Here's Why My Story Matters
by Johanna Ferreira 2 days ago