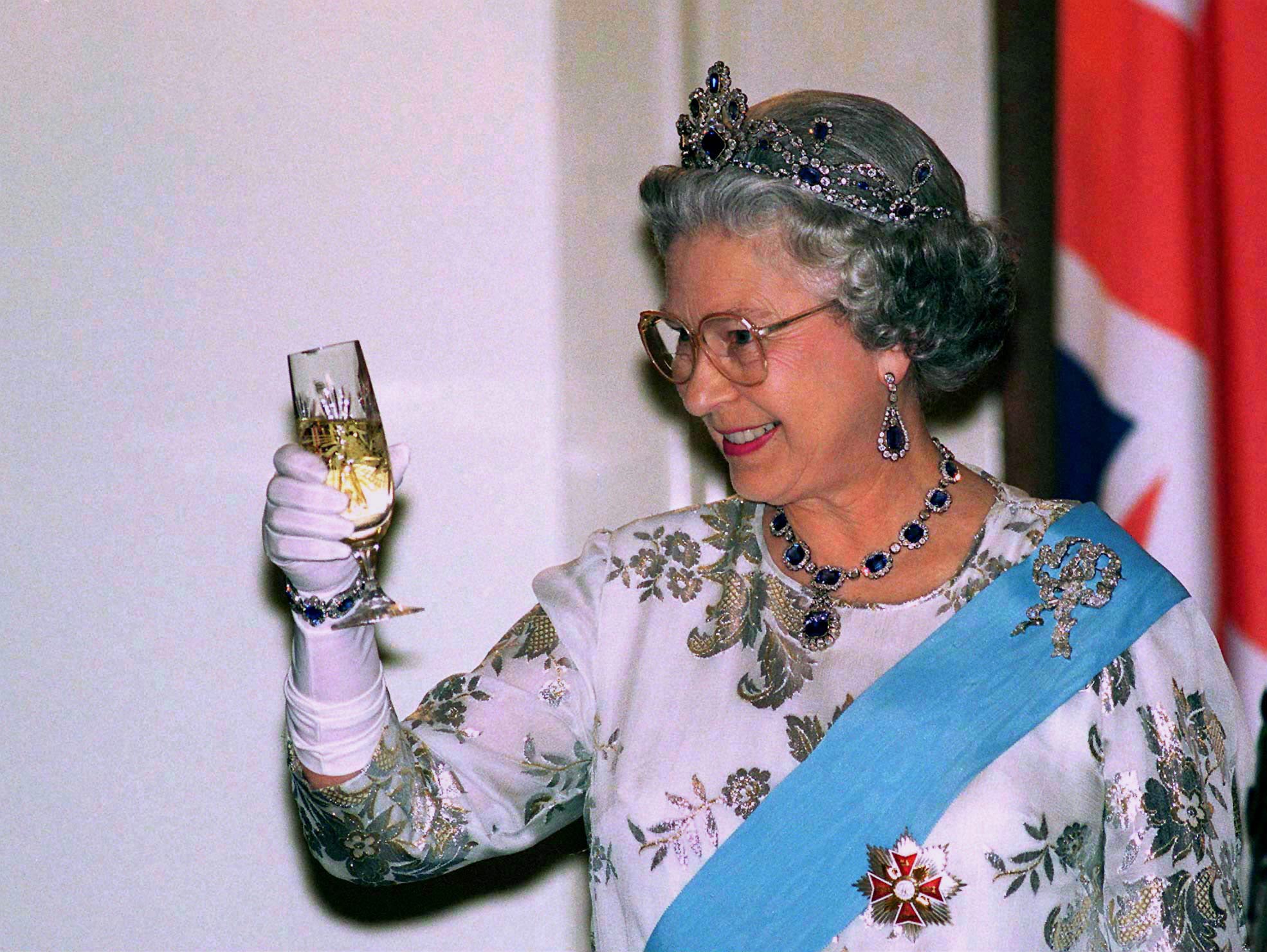 We've gotten to learn quite a lot about Queen Elizabeth II over the course of her 90 years, but this latest fact is especially fascinating to us. According to Esquire UK, the monarch is a pretty impressive day drinker, so much so that by UK government standards she's technically a binge-drinker (same, to be honest).

She gets started right before lunch, enjoying a gin and Dubonnet (a wine-based liqueur) with lemon and lots of ice, then a glass of wine with her meal. A few hours later, she has a dry martini, followed by a glass of Champagne in the evening (there are eight different Champagne producers at the palace including Bollinger, Krug, Lanson, and Pol Roger, which was also served at William and Kate's wedding).

Related:
What Does the Queen Have For Breakfast? Peek Into Life Behind Palace Doors

Now, size-wise, Elizabeth's intake is the equivalent of six drinks per day and 42 drinks per week (assuming she doesn't go crazy on the weekends), though the Queen's government recommends 14 drinks a week as a healthy measure of alcohol consumption. What can she say? She has a monarchy to run.

Celebrity Couples
"Teen Wolf: The Movie" Cast: Who's Single and Who's Taken?
by Michele Mendez 1 hour ago