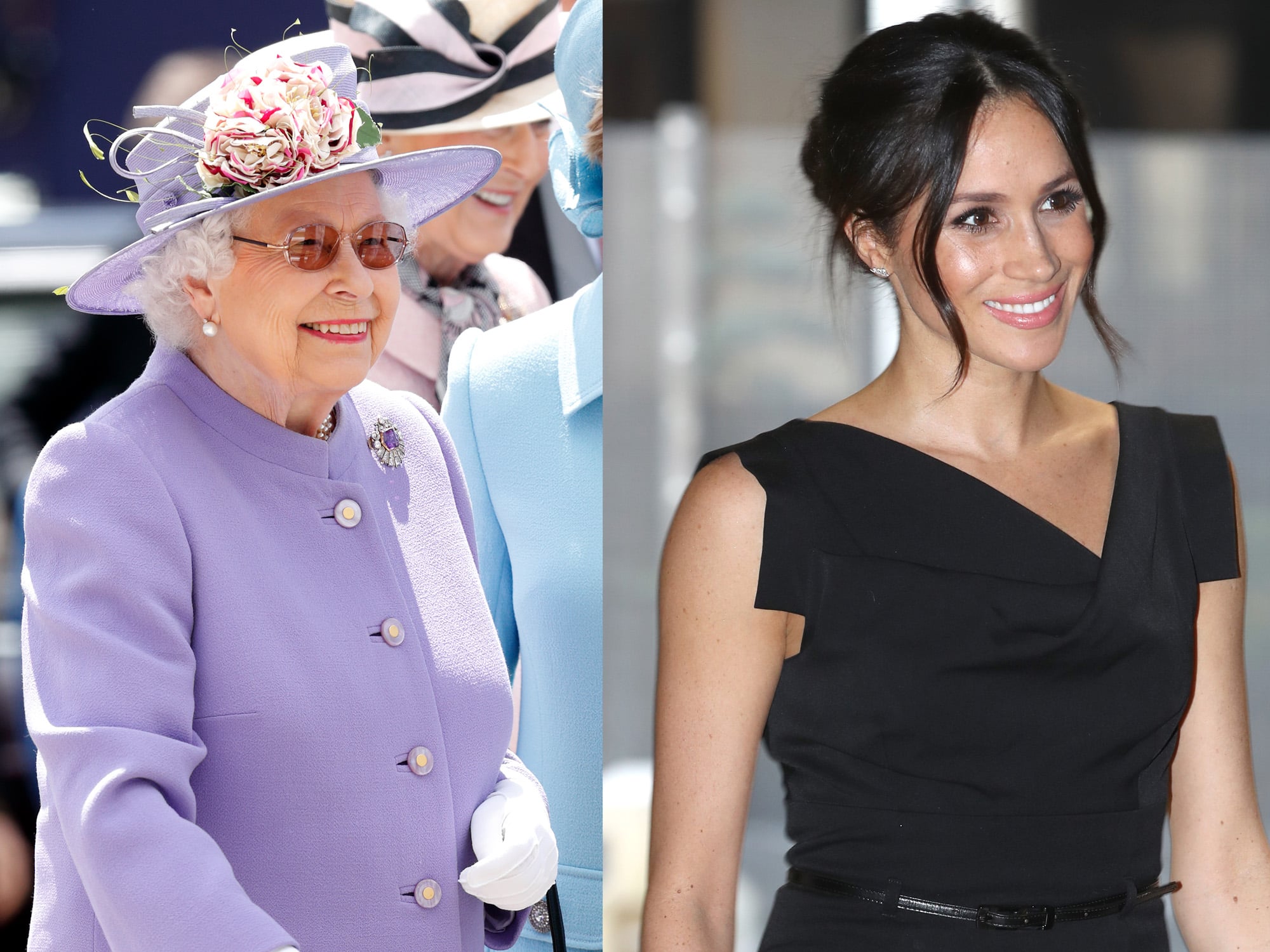 A sleepover: that friendship level-up where secrets are shared, sleep is secondary, and you become solid BFFs with your slumber party buddies. Apparently, this friendship code of conduct includes to the royal family, too. It appears Meghan Markle and Queen Elizabeth II have already reached this important milestone in their relationship, because the queen has invited Meghan to spend a night aboard the royal train for their first outing together.

People reports Meghan and the queen are likely to spend time aboard the train on their visit up to Cheshire, nearly 200 miles north of London, on June 14. The royals have traveled on the queen's train since 1977. It's no ordinary commuter train: it includes bedrooms with en-suite bathrooms, a living room, and a dining room.

During their visit to Cheshire, the queen and Meghan will open the Mersey Gateway Bridge and will also officially open Storyhouse, a theater, cinema, and library. From there, they will attend lunch at Chester Town Hall.

This is said to be a big step for Meghan as most members of the royal family have never been invited to travel on the train with the queen, including her own grandsons and the Duchess of Cambridge. Before this, the Duchess of Sussex will also be attending the annual Trooping the Colour on June 9 to celebrate the queen's birthday, along with the rest of the royal family.